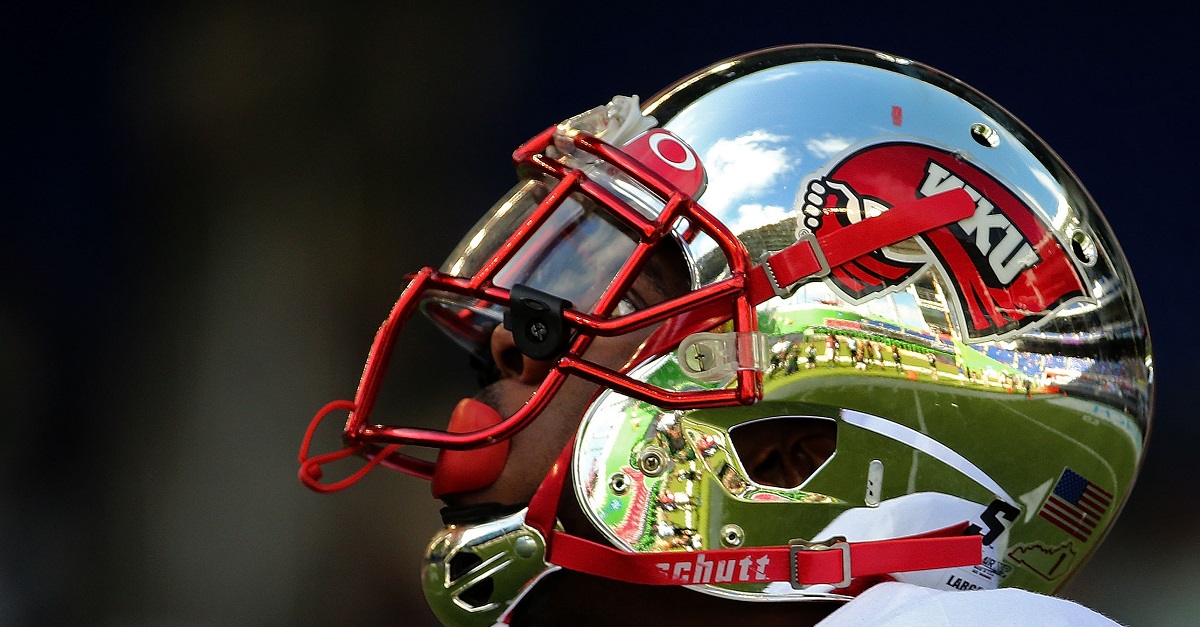 According to a statement from Western Kentucky, junior defensive lineman Trae Jones was injured in a shooting on early on Friday after Western Kentucky’s 46-14 win on Thursday.

The statment, via WKBO:

Junior defensive lineman Trae Jones was wounded in his left shoulder by a stray bullet earlier this morning at an off-campus location. The injury is non-life threatening, he received no large structural damage, and is under physician care. Bowling Green Police have not levied any charges against Jones. All other police matters should be directed to the Bowling Green Police Department.

There are few details available about the shooting.

Jones did not record a tackle in Thursday’s game. He also did not play at all in 2015.