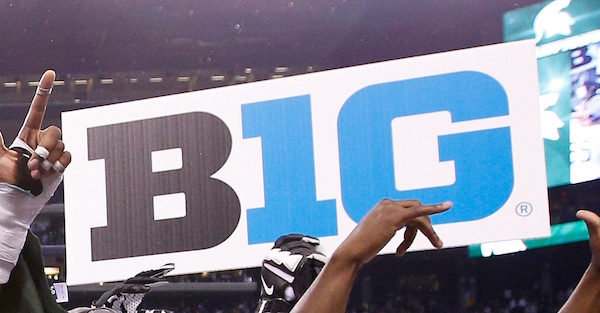 The BCS had many detractors but, in the end, the system came up with the “right” result most of the time. Still, it is no longer in existence and, while the College Football Playoff is a fantastic idea, the approval rating of the committee selected to choose the teams hasn’t exactly been off the charts at times.

With that in mind, it has become popular to simulate what the BCS would have done in various scenarios and, because the data is publicly available, it isn’t that difficult to do. This time around, the BCS would have a pretty significant change in the top four, at least through mid-November.

And! Your side-by-side comparison of what the #BCS might have looked like this week and the fourth @CFBPlayoff rankings. Happy Thanksgiving everyone! pic.twitter.com/Wd4KC8sA5E

It probably shouldn’t be a surprise that undefeated Wisconsin would be buoyed by the BCS given its unblemished mark. Still, jumping ahead of two established top four teams like Clemson and Oklahoma is certainly noteworthy and there is a bit of an amusing switch in the BCS system sending Georgia ahead of Auburn given what happened on the field earlier in the month.

Thought exercises like this won’t be going away anytime soon, especially when the line of demarcation for the top four is as blurry as it is right now. In the end, it will probably sort itself out with Wisconsin having to face a real challenge in the Big Ten title game but, until then, the speculation burns.