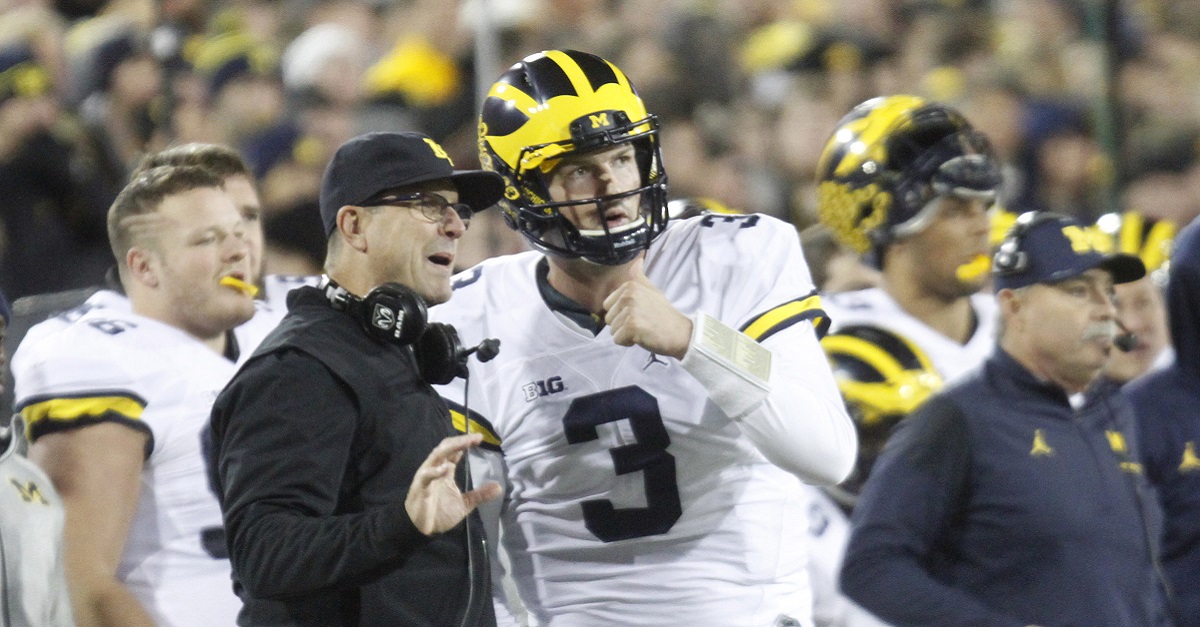 Michigan quarterback Wilton Speight announced his plans to transfer from the school after the 2017 season, but he’s yet to announce a transfer destination.

According to the Detroit Free Press, Speight’s indecision on finding a new school is because he’s waiting to see if incoming transfer Shea Patterson will be eligible for the 2018 season.

Source: QB Wilton Speight would be open to a Michigan return if Shea Patterson doesn't gain eligibility in 2018 https://t.co/7DMtPGRpvh

Patterson announced in December that he planned to transfer from Ole Miss to Michigan, but he won’t find out for another month if he will be eligible immediately.

The hope from Jim Harbaugh is that Patterson can play in 2018, but it’s possible the NCAA could deny his waiver. If Patterson is ineligible, Harbaugh has reportedly said he would welcome Speight returning.

Speight was the starter at the beginning of last season, and he threw for 581 yards, three touchdowns and two interceptions before suffering a season-ending injury. Speight was the primary starter in 2016.

Harbaugh’s Michigan teams have struggled at the quarterback position, but Speight has been the most consistent option. If Patterson can’t play in 2018, Speight might be the best option for the Wolverines next season.