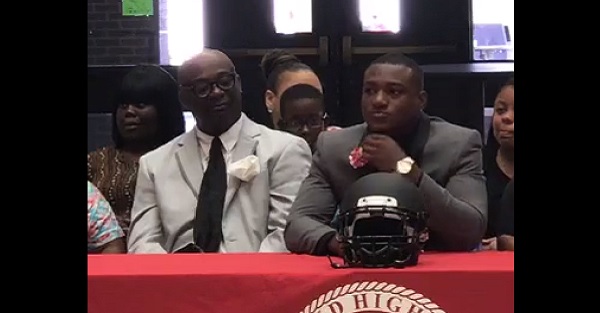 The nation’s top running back has finally made a decision!

On Tuesday, five-star recruit Zamir White (6-foot-1, 220 pounds, Laurinburg, NC) announced via live press conference that he was committing to the University of Georgia.

Georgia had been the heavy favorite for White over the past few months, with North Carolina and Alabama reportedly giving the best runs at him in recent weeks. However, White eventually chose the Bulldogs, and it looks like Kirby Smart will soon have another outstanding running back to take over after Nick Chubb and Sony Michel leave town.