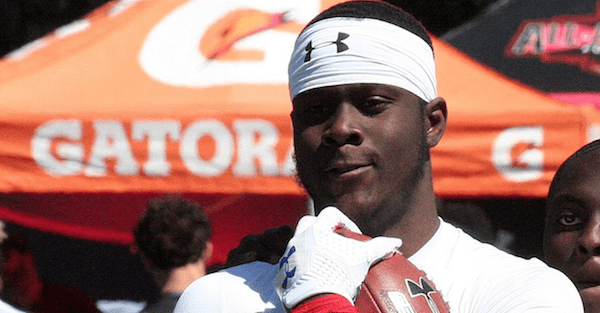 Four-star LB/WR Zihir Lacewell is staying close to him to play football at the next level, as the Staten Island, NY. native has pledge to attend Rutgers.

Lacewell made the announcement via video to announce his Rutgers’ pledge.

Made my decision it's chop nation forever 🗣💯https://t.co/OSoVzHLpbm

Lacewell is the first Scout 300 recruit in this class for Chris Ash and the Scarlett Knights.

Because Lacewell can play both OLB and WR, there have been some questions as to what position he’ll play in college, but it certainly sounds like Rutgers will be utilizing him as an OLB.

Lacewell is the No. 21-ranked OLB in the class, per Scout.