Tampa Bay Buccaneers quarterback Tom Brady is going to retire at some point (well, he already sort of did) as soon as he's bored of winning Super Bowls. The New England Patriots legend will go down as the greatest NFL quarterback ever when that day comes, if he isn't already. No. 12 has the rings, statistics and money to prove those points.

Brady's children aren't athletic prodigies quite yet, but there is someone in the Brady bloodline not wasting any time living up to her last name. She's setting the college softball world on fire because she can't stop hitting home runs for the UCLA Bruins, who went 48-8 in the regular season and is now vying for another national championship at this year's Women's College World Series.

Maya Brady is her name.

Tom Brady's niece began her career as a freshman at UCLA in 2020, when she already proved she's better at her respective sport than her uncle was as a quarterback for the Michigan Wolverines in the 1990s. In the three seasons she's played in since, she's blossomed into a star.

Even Tom Brady knows he can't stack up against his grand slam niece.

"I think Maya is already the most athletic person of the family," he told the Boston Globe in 2019. 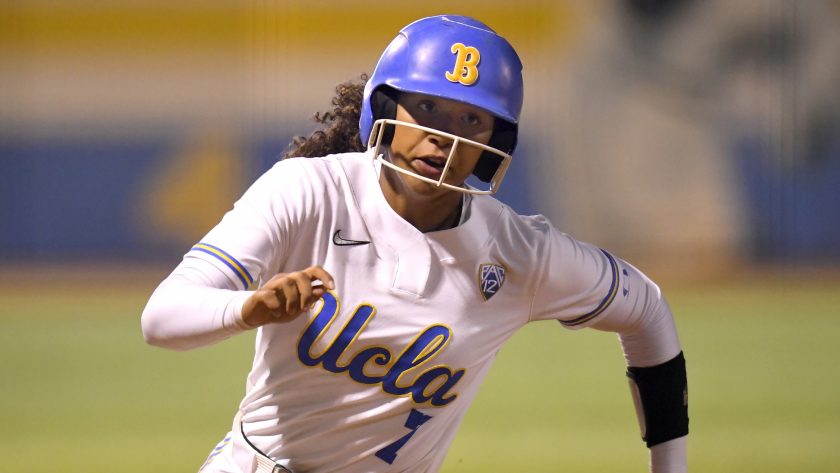 RELATED: Tom Brady's Parents Have Been Married More Than 50 Years

Maya Brady certainly turned heads in her first season, despite it being canceled to the coronavirus pandemic and COVID-19 outbreak. The 5-foot-10 slugger crushed seven home runs and hit .356 with 25 RBIs while playing in center field.

The Softball America Freshman Player of the Year ranked among the NCAA's home run leaders and showed no signs of slowing down as she entered her second season.

Behind a .333 batting average, 14 home runs and 38 RBIs, Brady was a key part of UCLA's lineup in 2021. She was named Pac-12 Freshman of the Week in March of that year after cranking three home runs -- all to the opposite field -- against Arizona State.

Her play helped propel the UCLA Bruins to another Women's College World Series in 2021. She homered in the team's first WCWS game against Florida State, but the Bruins then lost to Alabama and Oklahoma to end their run.

Talk about making a name for yourself on softball's grandest stage:

And after clubbing her first home run of her redshirt freshman season, Tom offered congratulations on Twitter by calling her "the most dominant athlete in the Brady family...by far!"

Maya Brady, the most dominant athlete in the Brady family...by far! https://t.co/BUstHqAyjD

Oh, and she arguably has a better arm than her uncle. Don't believe me? Play a round of dodgeball with her.

Tom Brady?s niece and UCLA softball commit, Maya, has an absolute cannon for an arm. ?? (via Tom Brady) pic.twitter.com/VPSlnzN7mE

Cannons must run in the family.

In 2022, Maya has been just as good. She hit .325 with 13 homers and 46 RBIs, plus she stole double-digit bases for the first time in her career, totaling 11. She hit a home run against Duke in the team's Super Regional game to send them to Oklahoma City.

While she went hitless in UCLA's first loss of the WCWS against Texas, she's likely to rebound in a big way if she has the competitive drive her uncle does. And her uncle Tom gave her a shoutout while he was playing in "The Match."

Brady even cracks a joke about how he used to be known as "Maureen's little brother."

Maya Brady's Mom Was a Softball Star Too

Redshirt freshman @BradyMaya grew up in a competitive family, but is now trying to make a name for herself as a powerhouse for @UCLASoftball.#WCWS x ? @espnWpic.twitter.com/AOujEIxOx2

Maya's athletic gifts were passed down to her by her mother, Maureen Brady, who is one of Tom Brady's three older sisters. Maureen was a great athlete as well and earned All-American honors as a pitcher at Fresno State in 1994.

Maya's dad's name is Brian Timmons, but he hasn't been part of her life very much.

"I've grown up with a single mom for my whole life pretty much and i think a lot of people don't see that," Brady told ESPN. "It's taken a village to get me to where I am today and I credit that all to my mom."

Maya Was a Phenom in High School 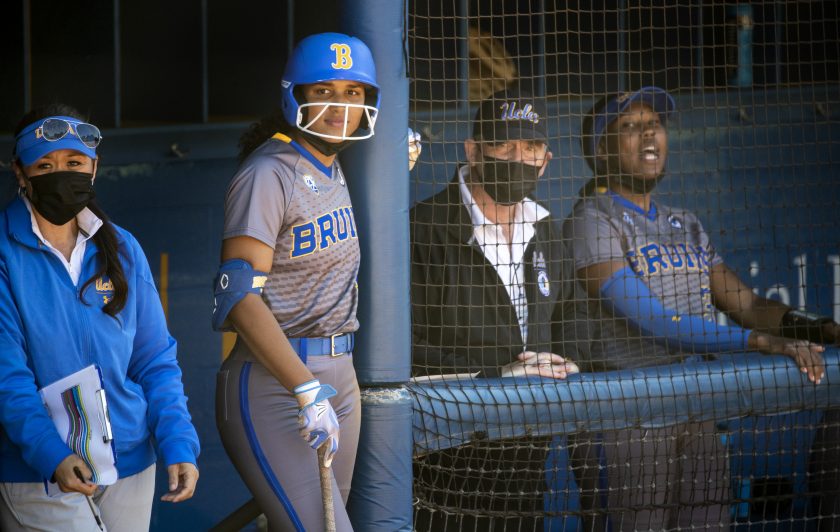 Maya was first walloping softballs at Oaks Christian High School in Thousand Oaks, California, where she played shortstop and hit .558 as a senior with 12 home runs and 32 RBIs.

She earned Marmonte League MVP and ALL-CIF Southern Selection honors on top of playing travel ball with the Orange County Batbusters. She finished her standout high school career with a .464 batting average and 25 home runs.

Her high school coach, Peter Ackermann, had trouble putting into words how talented Maya is before comparing her to two softball legends.

"The only reason my answer is taking so long is I've been coaching so long," he told the Los Angeles Times. "As far as shortstops Maya's caliber, there's Crystl Bustos and Jessica Mendoza."

By the time she had to pick a school, Maya was rated the No. 2 recruit in the nation by FloSoftball. She could've gone anywhere in the country, so she chose the Pac-12 team on top of the college softball world.

"UCLA was my dream school just because it's so close to where I live," Brady told Softball America. "My family is literally the most important thing to me. It's close enough for my grandparents to come to my games. It goes so much further than softball for me. Getting a UCLA degree, the family atmosphere that we have within the team and everyone is so bought in. You can just tell from the outside that everyone is always having a lot of fun."

Inouye-Perez knows she has a special softball player and a great teammate in Maya Brady. She remembers playing Maureen Brady in college, when she was known as a "cut-throat competitor." According to Inouye-Perez, Maya has that same edge but flashes a smile more often.

Just how good can Maya Brady be?

If she's anything like her seven-time Super Bowl champion uncle, she may end up being one of the best to ever grace the diamond.