This game had a lot of ups and downs, but Ole Miss still found a way to win, sending Oklahoma packing, 4-2, winning the College World Series Finals in a two-game sweep of the Sooners.

This National Championship is the first in Ole Miss school history and one that will surely live on as legendary in Rebels history.

But this game almost slipped between their fingers. 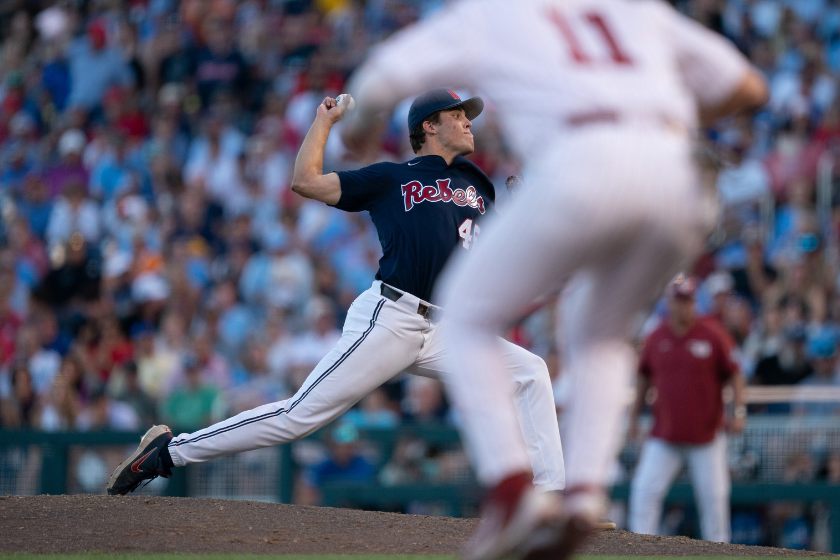 Ole Miss was seven outs away from a 2-0 sweep of Oklahoma in the Men's College World Series when disaster struck. Carrying a 1-0 lead into the top of the 7th, following an Ole Miss solo shot from shortstop Jacob Gonzalez, Rebels hurler Hunter Elliot took the mound with the intent to continue dominating the Sooners. After getting the first two outs of the inning, Elliot surrendered a double to Oklahoma catcher Jimmy Crooks and then a walk to freshman Wallace Clark, giving the Sooners an opportunity to tie the game or even take the lead.

After a Jackson Nicklaus double scored Crooks and pushed Clark to third, Elliot was pulled from the game by Ole Miss manager Mike Bianco who decided to go with Mason Nichols on back-to-back days. Oklahoma countered with a move of their own, pinch-hitting for Diego Muniz with Sebastian Orduno.

What happened next will could have been a point of contention for years.

Orduno quickly found himself behind in the count after taking an inside strike and fouling off a close pitch. Nichols's next offering sailed so high out of the zone, that you'd have thought he was sending it to the broadcast booth, making the count 1-2. The obvious choice was to go back inside in the same location as the first pitch, which is exactly what Ole Miss catcher Hayden Dunhurst called. Nichols reared back and fired, but the pitch had a little too much run inside and hit the back leg of Orduno just above the knee.

The home plate umpire quickly signaled for Orduno to head to first base, which prompted Bianco to make his way to home plate and challenge the call at the plate.

We've seen this moment in MLB over the years, most notably when Michael Conforto was clipped on the elbow to end a game between the New York Mets and the Miami Marlins. During that game, the call on the field was upheld, despite the clear evidence that Conforto failed to make any attempt at dodging the pitch as it came towards him.

To this writer, that seems to be the same situation here. Orduno makes little to no attempt to move out of the way and almost turns his knee as if he intends to swing at the pitch. However, there's nothing that could have been done in this situation, as you cannot challenge a judgment call.

The next Oklahoma hitter would walk, pushing in the go-ahead run. Oklahoma now led, 2-1.

But Ole Miss Wasn't Done Yet 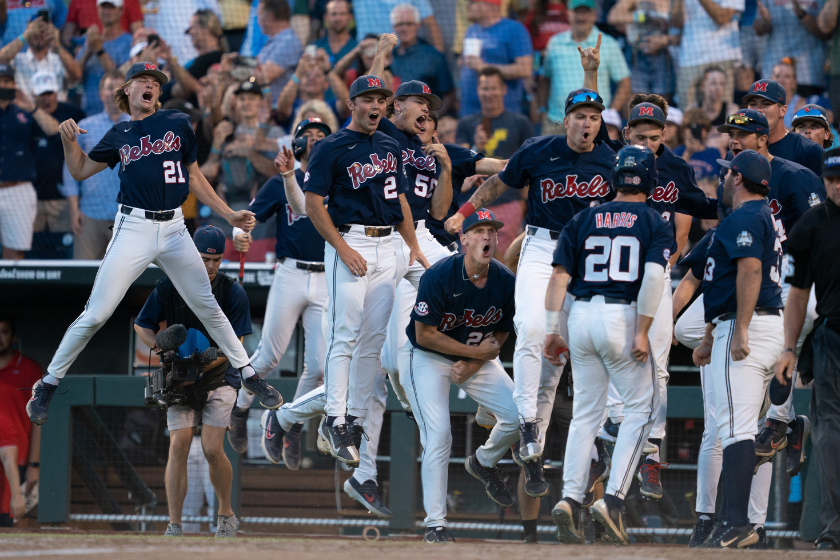 With the game in the balance and Oklahoma starter Cade Horton's pitch count rising, the Sooners made a fatal decision: pulling Horton and opting for Trevin Michael. Michael would allow two earned runs on two hits, with two wild pitches that allowed the tying and winning runs to score.

With a two-run lead, Ole Miss didn't look back, setting down the Sooners' hitters in order to secure their first NCAA Men's CWS title in Ole Miss Baseball history.

Congratulations to the Ole Miss Rebels on a fantastic season! We can't wait to see if you can repeat in 2023! And until then, we'll be dreaming of home runs at Charles Schwab Field in Omaha.

MORE: Mark Appel Makes MLB Debut After 9 Years of Struggles and Time Away from Baseball