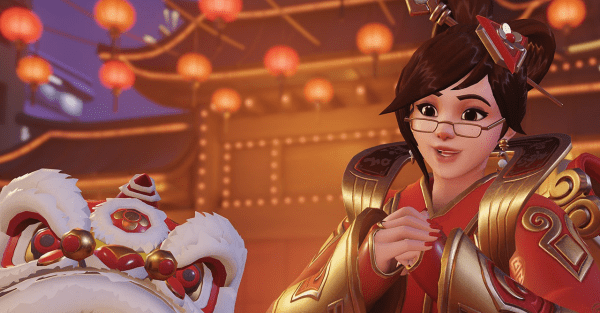 Blizzard’s recent initiatives to “detoxify” the Overwatch competitive scene have been pretty hit or miss. Despite a relatively PG-friendly cast of heroes from a variety of backgrounds and cultures, the average experience in the first-person shooter can be completely sabotaged by the players themselves. Frustrated or naturally unpleasant teammates can use Mei to wall off their own spawn, throw the match via idling, or use the game’s voice and chat functions to spread rude messages, and while this can vary depending on the skill bracket you’re playing in, it’s apparently become a common enough issue to warrant a response from the developers.

According to a post on the Overwatch forums, several hundred Chinese accounts were just banned for “negative game behavior,” which includes both the aforementioned acts of poor sportsmanship as well as players who maliciously join matches only to immediately leave. The statement, loosely translated, can be read below:

“At present, we found that some players in the game there are negative game behavior, including but not limited to repeated temporary, do not participate in the game, malicious hang up. These acts have affected the normal game player experience. Negative game behavior, not only contrary to the “watch the vanguard” of the competitive spirit, in violation of the relevant game management rules, but also to other serious experience of the game players have a great negative impact.”

Players affected by the ban wave with fewer than two previous offenses under their belt can expect to have access restored to the game in due time, while those with a history of poor behavior may have their account permanently barred from playing Overwatch at all. The full post noted that those penalized can expect to have their future actions “monitored,” and even went so far as to list all affected accounts – and there’s a lot of them.

Whether or not the trend of releasing the account names of banned players will take hold in the west is up in the air, though players have been requesting the feature since shortly after Overwatch’s launch. In the meantime, those seeking to just have fun without fear of their matches being affected by those bad eggs can take solace in the fact that Blizzard isn’t letting things slide completely.