Blizzard brings long-awaited fixes to Doomfist on the Overwatch PTR 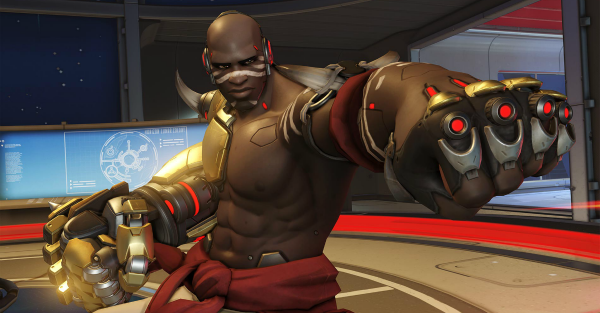 The anticipation for the villainous, iconic character of Doomfist in the months leading up to his release in Overwatch was matched only by the frequency with which players began immediately encountering bugs whilst playing him. His signature Rocket Punch would either fall short, pass through an enemy entirely without harming them, or fail to cause additional damage when knocking the victim into an object – and those are the issues with only one of his four abilities.

Luckily for those fans of the highly mobile hero, Blizzard has some changes currently going the rounds over the Overwatch Public Test Realm (PTR). Reported fixes so far include a more accurate “wall slam” effect when striking players into an object, a tweak to Rocket Punch to allow it once again destroy breakable objects in its path, and a fix to Seismic Slam that will prevent the ability from canceling entirely when activated too close to a wall.

There’s also a fair number of additional fixes still in the works, whilst others are currently being investigated by the developers. You can find the full summary further below, or check out the official post over the game forums.

As is the usual policy with Blizzard’s PTR, no progress is kept when returning from it to the live Overwatch servers. This includes all cosmetic rewards, ranks, and loot boxes. All regions (excluding China) are eligible to participate, though only PC players can actually download and test the client via the Battle.net app.

The full documented changes are as follows:

Things that are fixed