Monday Recap: Everything that happened at this year’s BlizzCon 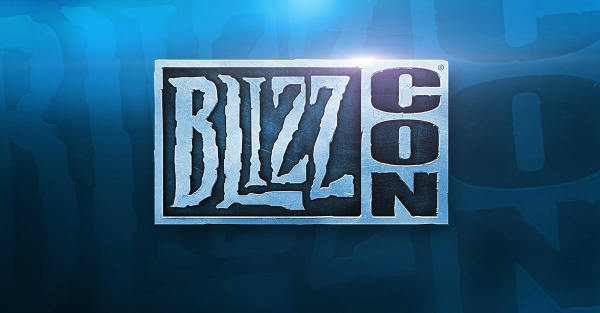 If there could be an overall theme to this year?s annual BlizzCon, then it would be this: Blizzard listens. It may take anywhere from six months to several years, but eventually the studio always takes into account what the players are asking for. This past event, which ran from Friday to Saturday, unveiled a wealth of awesome announcements to nearly 35,000 attendees, and while you?ve probably already heard about the more significant ones, there?s likely one or two that flew under your radar. For that reason, we?ve compiled each major announcement below, complete with their respective trailers. Take a look:

Ever since The Burning Crusade launched as an expansion for World of Warcraft back in 2007, players have been clamoring for a return to the early ?Vanilla? days of the game. These initial complaints have reached a steady chorus with the arrival of each successive expansion, to the point that private servers have even come (and gone). The demand for Vanilla servers eventually culminated with the shutdown of Nostalrius last year, sparking controversy and outcry against Blizzard?s apparent unwillingness to provide what others were doing for free.

Finally, well over a decade after World of Warcraft changed forever, Blizzard has announced the development of World of Warcraft: Classic. It?s still in the very early stages of planning, and even Blizzard?s employees don?t quite seem to know what?s in store yet. Check out Eurogamer?s recent interview with the studio?s Vice President for a glimpse at what the team is planning.

Just because Classic?s been announced doesn?t mean that Blizzard is abandoning its core franchise. Far from it, actually; World of Warcraft: Battle for Azeroth is the seventh expansion announced for the game and, as you can probably guess from the title alone, involves the clashing of both the Alliance and the Horde in a massive conflict that will span the entire world of Azeroth. Two new, faction-specific continents have been revealed, as have a number of playable ?allied? races, a higher level cap of 120, and, as always, a host of new raids and dungeons to explore and conquer. For more information on that, check out the separate features overview.

The biggest takeaway from BlizzCon with regards to Overwatch is undoubtedly the new hero. Fans have been asking for two things- well, they?ve really been asking for quite a lot actually, but two of the more major requests have been the following: A new ?bad guy,? preferably a member of the shadowy, villainous organization of Talon, and another healer for the thin-looking roster. Not one to ignore their player-base for very long, Blizzard has obliged with the announcement of Moira, a geneticist from Talon with a knack for healing her allies at the expense of her enemies.

In addition to Moira?s announcement, a new map has been revealed for Overwatch. The amusingly-named ?Blizzard World? is a theme park-styled hybrid map that combines attractions from all of the studio?s iconic games into one setting. There?s an arcade of Heroes of the Storm, numerous references to Hearthstone and Diablo, and the whole place seems to have been modeled after Stormwind from World of Warcraft.

More importantly, to some, are the new skins unveiled for the Overwatch heroes. Just as with Blizzard World, they?ve all been modeled after characters from the rest of the studio?s games. Torbjorn has a Magni Bronzebeard skin, Doomfist dresses up as Blackhand, and Zarya cosplays as the Barbarian from Diablo. The whole line-up, which will be permanently available in Overwatch, can be seen in this panel video.

Less relevant to the competitive scene but equally exciting was the unveiling of Blizzard?s latest cinematic trailer. Simply titled ?Honor and Glory,? the video delves into the past of the enthusiastic Reinhardt. In particular, we see how the hammer-wielding hero wound up on the Overwatch team, as well as how he earned his iconic scar. Take a look:

Hearthstone?s latest expansion, Kobolds & Catacombs, has also been announced. Aside from involving the famous, candle-obsessed kobolds of World of Warcraft, the expansion also features a free single-player experience, legendary weapon collectible cards for all nine classes, and another 135 new cards for players to obtain. There?s also a new keyword: Recruit, which summons a random minion from the player?s deck.

Heroes of the Storm

Heroes of the Storm is getting a major overhaul in 2018 that, among improvements to how stealth mechanics work, also includes the much-requested features of voice chat and performance-based matchmaking. A number of maps are also receiving updates, and a new camera is apparently in the works.

More noteworthy, however, is the arrival of two new heroes from Blizzard?s other games. Hanzo, the acrobatic Overwatch hero with an affinity for the bow and arrow, and Alexstrasza, the former aspect of the red dragonflight in World of Warcraft, are both joining the cast of playable characters in Heroes of the Storm.

Although it originally launched back in July of 2010, StarCraft II remains one of Blizzard?s more popular titles with nearly 100,000 concurrent players registered in August. Now, those who never made the purchase will have the chance to give it a go; the real-time-strategy game is going free-to-play, and will allow players the opportunity to download and the StarCraft II Wings of Liberty campaign starting on November 14. Those who already purchased the campaign, meanwhile, will be awarded Heart of the Swarm for free if they login between November 8 and December 8.

Those who play StarCraft II for free will have access to the ranked multiplayer ladder, every cooperative commander up to level five, and all future weekly mutations. For more information on this announcement, check out the full post on Battle.net.