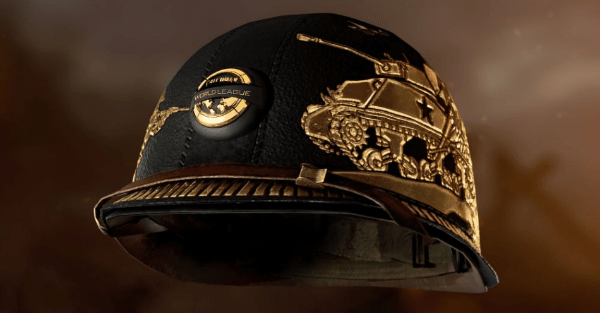 Almost every first-person shooter eventually implements its own competitive multiplayer mode. It provides players a chance to graduate from the mindless action that tends to represent normal matches to a tier where coordinated teamwork and advanced skills are regularly at play ? and now, one such mode is coming to Call of Duty: WW2.

According to an announcement over Sledgehammer Games? official website, the studio?s most recent installment in the CoD franchise is due for the arrival of Ranked Play at 1:00 pm EST today ? if only for the Xbox One and PlayStation 4.

As is standard with competitive modes in the industry, Ranked uses a matchmaking system to pit players against similarly skilled opponents in team-based game modes. In this case, Ranked Play?s established modes are Search & Destroy, Capture the Flag, and Hardpoint. Each mode has special eSports exclusive settings taken directly from the Call of Duty World League that omit certain mechanics and weapons from Ranked Play, such as Turrets and Incendiary Shells. To view these guidelines in full, visit the official World League website.

Players can progress through seven different tiers in Ranked Play: Bronze, Silver, Gold, Platinum, Diamond, Masters, and a special ?Pro? top 100 tier to be recognized at the end of each season. Successfully advancing to a new tier awards players with bragging rights and ? more importantly, to some ? snazzy helmets exclusive to their tier that can be worn in both Ranked and regular play.

While the presence of any kind of competitive mode typically opens the door to toxicity and generally unpleasant behavior, Sledgehammer has already begun enacting punitive policies again the more troublesome of players. Leaving a match early, for example, will result in a ban for 15, 30, or 45 minutes, depending on the number of past offenses. This prevents players from ?hopping? across matches in the hopes of being placed in more favorable conditions.

The first season of Ranked Play starts today and will act as the official Placement period, in which players establish their position among the tiers for future seasons. It also, in the words of the developers, gives them ?the opportunity to ensure that all Ranked Play functionality is solid and delivers the best experience for players.?

While no date has been provided for the arrival of Ranked Play to the PC, Sledgehammer has stated that follow-up information is due later this week. For future updates on that front, follow the developers over Twitter @SHGames.