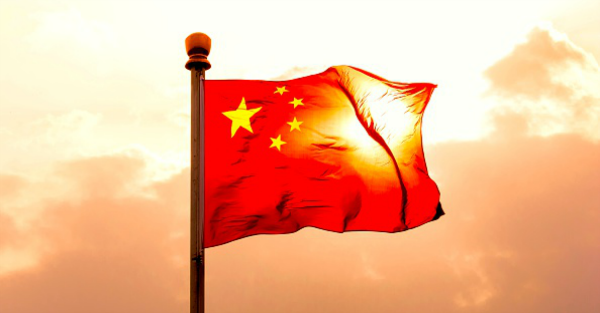 The Ministry of Culture of the People’s Republic of China have published an official notice regarding “regulating the operation of online game operations.” Among these new regulations is a requirement that video games make public the probabilities behind item drops in loot crates.

2.6 …Online game publishers shall promptly publicly announce information about the name, property, content, quantity, and draw/forge probability of all virtual items and services that can be drawn/forge on the official website or a dedicated draw probability webpage of the game. The information on draw probability shall be true and effective.

2.7 Online game publishers shall publicly announce the random draw results by customers on notable places of official website or in game, and keep record for government inquiry. The record must be kept more than 90 days. When publishing the random draw results, some measures should be taken place to protect user privacy.

For those out of the loop, a loot crate is an in-game box that is awarded to players when they win a match, rank up, or really complete any number of achievements, depending on the game. While the box, or “loot crate,” is guaranteed to have items in it, players often have to pay real money in order to access it – and the quality, quantity, and design of each item will vary, with the much more coveted items being far more rare.

In some games, it’s even possible to trade these rewards with other players. This has led to thriving virtual markets in which players exchange payments over third-party websites in order to obtain the items they want. This is frequently unregulated and even untaxed, which has previously raised a number of questions about the legality behind video game loot crates.

Also a subject of criticism is the addictive nature of the boxes. It’s no secret that compulsive gambling can manifest itself as an impulse-control disorder, which is one reason as to why the activity faces so much regulation in the United States, both on a state and federal level.

Some have drawn comparisons between the act of opening a loot crate to an operant condition chamber, or a Skinner Box. This references the original experiments of Harvard graduate B.F. Skinner, who famously tested the effects of behavioral conditioning on animals by punishing them for performing one behavior and rewarding them for another. Since then, gambling has frequently been cited as a modern example of operant conditioning.

Even with these concerns, it is the players themselves who raise the most criticisms of the loot crate phenomenon. Many claim that in-game cosmetics, already often locked behind paywalls, shouldn’t be made further out of reach by forcing them to first play a virtual slot machine. Due to the random nature of the boxes, it is entirely possible (and often reported) for a player to open hundreds of crates without ever getting the specific item they desire.

Still, not all games follow the same system. Team Fortress 2, one of the earliest known perpetrators of including loot crates, made all normal items technically available via an in-game crafting mechanic. While absolving them of criticism for a time, the mechanic itself was still fairly unreliable and not nearly as efficient as simply buying the keys themselves. Later, other, more elite versions of the original items were released only through crates, which further inundated the problem and turned many (though never a majority) away from the incredibly popular shooter.

Another more recent example is Overwatch, which recently passed the 30 million player milestone. Considered by many to be the successor to Team Fortress 2’s fame for its similar style of gameplay, Overwatch followed TF2 in more ways than one by including its own loot crate mechanic. Unlike TF2 however, Overwatch made no attempt to charge players for opening the crates themselves, which are rewarded free for ranking up and completing certain events.

They are, however, available to purchase in bulk through the in-game store. Despite not having to pay to open them, many players still considered it an egregious act in a $40 game. TF2, for comparison, was made free-to-play around the time their crates were included.

These two are not alone in implementing the controversial system. Other well-known titles with loot crates are Halo, DOTA, Gears of War, Call of Duty, and countless free-to-play games that nonetheless generate extraordinary revenue through microtransactions over loot boxes.

One can only speculate about the intentions behind the decision made by the People’s Republic of China. It’s possible that, although China has its own video game industry, an alarming amount of the country’s capital has nonetheless been rapidly flowing into foreign game studios. The requirement for the probabilities behind loot crates to be made public may have been a move to put a halt to as much of that as possible.

It could also simply be a nation looking out for its people. Loot crates, like the slot machines in which they are designed after, can be an addictive drain on a player’s livelihood. By introducing new regulations on the system, China may inspire other countries to follow suit in cracking down on what has been an explosive growth in loot crates.

Although, as one astute commenter pointed out, there is nothing to prevent game developers from simply changing the probabilities for different nations.

For more information about the subject, check out the official announcement (you will need a translator), and stay tuned for updates.