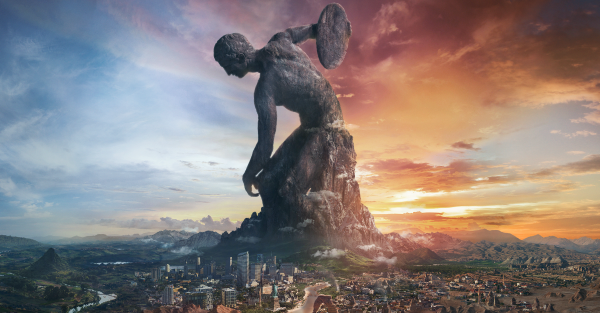 While Civilization VI generated a relatively lukewarm response when it launched in October of last year, it?s always been worth keeping an eye on regardless. Its predecessor, after all, arrived in a similarly sorry state back in 2010 only to be significantly improved with the launch of follow-up expansions Gods & Kings and Brave New World over the subsequent years. Today, Civilization V is arguably one of the more enjoyable empire building games out there ? and it seems that the first step has been taken to bring Civ VI to such a state.  Check out the trailer for Rise and Fall below:

Although a very stirring trailer in itself, the video was a little light on actual details for our tastes, which is why we moseyed our way over to the official website for a more in-depth summary. According to the developer announcement, Rise and Fall brings a number of game-changing improvements to Civ VI, including features like new Golden and Dark Ages, Loyalty mechanics, a more nuanced diplomacy system, and more.

The sudden arrival of a Golden Age to your civilization isn?t exactly a new mechanic. In Civilization V, the events were triggered by generating enough happiness over a certain period of time. Once a Golden Age began, the player would be rewarded with bonuses to production, gold, and culture across their entire empire.

In Civ VI, the system has undergone quite the changes. No longer will such Ages be determined by the player?s effectiveness in keeping their civilization happy. Instead, the arrival of a Golden or Dark Age is decided by their ?Era Score? ? a number that is itself awarded based upon the player?s success in the previous era. Completing certain objectives increases the player?s Era Score, whereas failing to do so can result in a Dark Age.

That?s not to say one is necessarily better than the other. While a Dark Age can hurt the player?s Loyalty, it can also provide unique benefits in making the arrival of a ?Heroic Age? possible via certain Dark Age policies. Heroic Ages are stronger than Golden Ages in that they award three Dedication bonuses instead of just one, which suggests a possible strategy in forcing your empire through a Dark Age in order to prepare for a more rewarding Heroic Age.

Exactly as it sounds, Loyalty is a measure of how dedicated the residents of a city are to the empire?s leader. Low Loyalty can cause rebellions, which in turn will flip the region into an independent Free City. Loyalty is affected by the type of Age the player is in, and can even be influenced by neighboring civilizations who, in successfully manipulating a rival city, can then persuade the newly independent region into joining their empire.

?In previous Civilization games, there were ways to ?Culture Flip? another player?s city without military intervention. We felt it was time to reexamine this non-militaristic way to change borders, and expand territory.?

Unlike in previous Civilization games, in which Governors offered an option for players to automate the progress of a distant city, Governors in Civ VI allow the leader of an empire to personally manage the direction in which the city grows. Sending a Governor to a city, for example, will allow the player to ?specialize? that location, while positioning one at a foreign city-state can positively affect your relations there.

Governors come with their own unique perks and can be relocated to different cities, depending on the player?s preference. Some are well-suited to operating already flourishing cities, while others are effective at creating Wonders or defending against ill-intending invaders.

That?s not to say the player can have as many Governors as he or she pleases. There?s a limit of 7 per empire, and they can only be recruited through Governor Titles ? a type of in-game currency that is slowly awarded through gameplay. Each Governor comes with their own skill trees, which allow the player to tailor each one into a specific style of governance.

For a series all about attempting to out-perform existing empires, diplomacy has always been one of the weakest points of the Civilization franchise. As even the developers admit, your basic Alliance in previous installments has rarely gone beyond a mutual agreement of non-aggression, and even that was a struggle to obtain. In Rise and Fall, however, new incentives have been introduced to encourage Alliances with both other players and the AI.

Alliances are now divided between five different types: Research, Military, Cultural, Economic, and Religious. Each one provides its own unique benefits to the allied factions; Research Alliances, for example, provide gradually increased bonuses to Science as the Alliance levels up, while Cultural ones provide the same effect but with Culture.

Due to the new effectiveness of Alliances, only one of each type can be made at a time, though ?you and your Alliance partner can agree to change the type of your Alliance later in the game.?

Though all civilizations start out the same, this rarely lasts for very long. Eventually one will gain a significant advantage over the other, which tends to result in a snowball effect that carries the civilization until the end of the game. To counter-act this common problem, Emergencies have been created as a sort of artificial weight to bring factions back in line with the others.

Emergencies are triggered by certain events, such as converting a Holy City to another religion or being the first to launch a nuclear strike. When one occurs, other civilizations are offered the option to join in or pass on an Emergency against the leading one. These civilizations are granted permanent benefits ? but only if they?re able to complete certain objectives within a limited timeframe.

While the presence of any kind of artificial difficulty is usually unwelcome in strategy games, the developers are made it clear that they?re aiming for a certain balance. ?We?re adding challenges to players who?d get so far ahead of others that the game stagnated towards victory for them.?

Framed as ?mini-achievements? by the developers, Historic Moments are awarded to players for successfully passing certain milestones in Civ VI. Each grant bonuses, such as an increased to the previously-detailed Era Score, and are added to the player?s Timeline. Think Facebook, but for an entire nation. This Timeline displays all of the player?s past accomplishments and ?form a story for your game with unique details tailored to your empire.?

As is common with expansions in the Civilization series, Rise and Fall also includes a number of new playable civilizations in Civ VI. Few details have been provided on the identity of these factions and their leaders, though the developers have offered insight into the selection behind these historical characters. In particular, they weighed in on the presence of female leaders in a world where, not too long ago, such a concept was laughable in most countries.

?We strive to have a diverse and varied selection of leaders, and it is also very important to us to include female leaders. Women are often underrepresented in traditional historical accounts, and recent scholarship has revealed more and more the fascinating and powerful women that lived between the lines of history textbooks. We also look for leaders whose history makes them particularly well-suited for a bonus related to new expansion systems.?

Civilization VI: Rise and Fall arrives on February 8, 2018. For more information, follow the developers over Twitter @civgame, or check out the full summary of the expansion on the Civilization website.