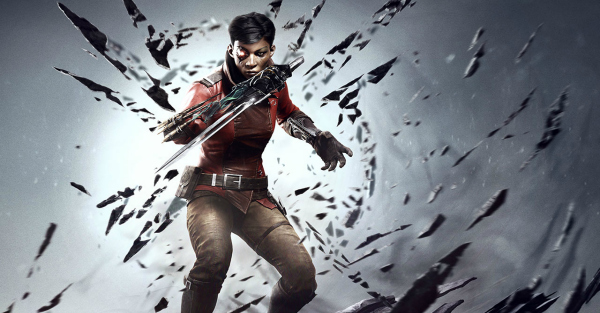 Nearly a year after the game released, Bethesda announced two months ago that Dishonored 2 would finally be getting downloadable content (DLC) in the form of the standalone expansion Death of the Outsider. The trailer, which was originally released during E3, showcased the returning Meagan Foster, who this time would be adopting the role of the vengeful protagonist in pursuit of the ultimate target: the Outsider himself.

Today, the studio released an additional trailer for the DLC, this time featuring gameplay of Meagan Foster as she cuts her way through opponents both supernatural and not. Check it out:

If you?re at all familiar with the Dishonored narrative, then you?ll already understand the implications of taking on the Outsider. The character is quite literally a God; he is responsible for bestowing previous protagonists with their unnatural abilities and, in doing so, shaping the outcome of key events throughout the game?s world. Yet, despite arguably being one of the most influential beings in existence, the Outsider is nonetheless an enigmatic presence; his demeanor rarely shifts from that of an almost apathetic bystander, often taking on a slightly mocking tone in his brief interjections into the protagonists? lives.

Voiced by Rosario Dawson (Daredevil, Sin City), Meagan Foster will be casting aside her alias and returning under the name Billie Lurk to her mentor and the Knife of Dunwall, Daud, who will be voiced by Michael Madsen (Reservoir Dogs, The Hateful Eight). Together, the two will be teaming up once again to find and kill the Outsider – though the why (and more importantly the how) hasn?t yet been revealed.

As for the actual gameplay, everything seems very standard with regards to the Dishonored franchise. The kill animations, always one of the best parts of the series, are satisfying in their sharp brutality. Lurk is as quick and efficient at takedowns as the legendary Corvo Attano and his daughter, Emily Kaldwin, and she seems similarly unhampered even when fighting targets of a wholly unnatural origin ? of which there will be plenty, apparently. According to the DLC page on Bethesda?s website:

?As you hunt down The Outsider, face off against a new cast of enemies along the way. Armed with your weapons, gadgets and abilities, take down deadly foes such as the immortal Envisioned, the relentless Sisters of the Ocular Order, and the new Clockwork Soldiers. Up the ante by accepting contracts to find an eliminate optional targets throughout your mission.?

These ?gadgets and abilities? are referring of course to the wealth of new toys with which players will be able to complete their objectives. As a new protagonist, Lurk will have a number of impressive means to dispatching opponents. From the trailer we observe some kind of grenade that brutally yanks targets towards it, the ability to move between walls with ?Displace,? and some kind of gruesome, face-sucking skill that seems to absorb the victim?s life essence into the wielder?s hand.

Dishonored 2: Death of the Outsider is scheduled to release on September 9 later this year for $29.99. We can undoubtedly expect future teasers and gameplay to be released between then and now, so keep an ear out for any future updates.