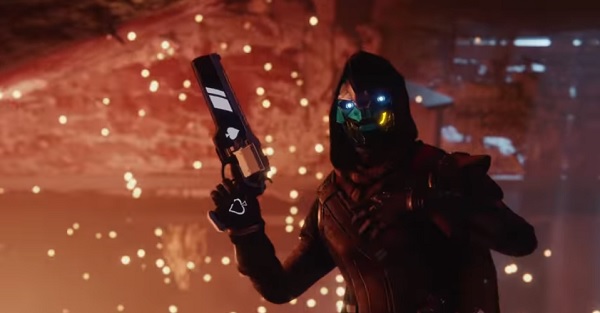 Bungie showed off gameplay for Destiny 2 yesterday, and while hype carried the title forward for many of us, a significant portion of viewers walked away disappointed at some of the things they?d seen.

For starters, nothing really stands out about the gameplay. If anything, it looks almost boring. The player spends the majority of the trailer running forward and shooting, not taking cover or being particularly evasive. While trailers are certainly meant to showcase the graphic fidelity of the product just as much as the game mechanics, it does feel like Bungie emphasized one over the other. At the moment, Destiny 2 comes across as more of an expansion than a direct sequel, which can be a good or bad thing depending on who you ask.

Feel free to form your own opinions by checking out the trailer, available below:

Players were further discouraged by the follow-up announcement that Destiny 2 will not have dedicated servers. Those familiar with online games will recognize the warning signs this sends off. A game that relies on ?peer-to-peer? connections is usually an unstable experience, plagued by a number of problems like dropped connections, desynchronized game actions, and general lag. That such a huge title like Destiny would go this route is? kind of bewildering, to say the least.

Other reveals have been less divisive. Currently there are no plans to bring Destiny 2 to the Nintendo Switch, which is really not at all surprising for a console brand famous for a lack of third-party titles. The fact that it will be released over PC is still enough of a surprise for most.

Bungie has also elected to make the PC version available not over virtual retailer Steam, as one would expect, but rather over Blizzard?s desktop app. This isn?t exactly a bad move either though. Blizzard?s battle.net is probably one of the better retailing applications out there. It?s fairly well streamlined, low on clutter, and has the customer support one would expect from the creators of both Overwatch and World of Warcraft. Besides, they say competition is always good for the consumer, right?

Luckily for us, there?s still several months between now and the final release of Destiny 2 on September 8th. As long as you intend to play on console, anyway, otherwise prepare for a bit of a wait as it seems the title will take a bit longer to arrive on PC.

Readers are welcome to formulate their own ideas about the game by following Bungie?s official Twitter account or by visiting the game?s website for future news. Be sure to keep an ear out about Destiny 2?s beta access event as well, which will likely lead to more footage being released in the future.