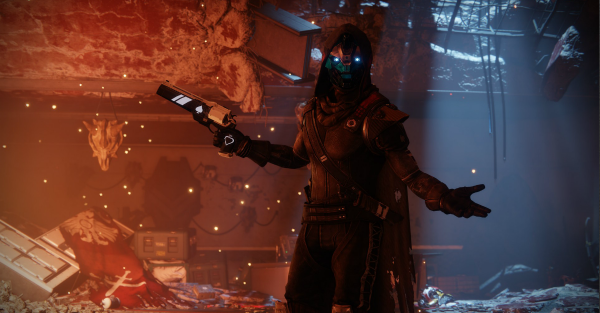 Destiny 2 launched yesterday for the PC, and while the game?s positive reception on consoles should have indicated a similar experience, bizarre circumstances have led to a completely different reaction. According to a post on the game?s SubReddit, players have been getting banned from the game en masse ? not for cheating, as one would expect, but for the usage of harmless third-party applications.

The post lists a number of game capture programs like FRAPS, XSplit, and Open Broadcaster (all very common streaming tools), as well as VOIP software like Mumble and the increasingly popular Discord. Follow-up commenters claimed that the latter two would only trigger bans should the associated overlays be enabled. A post over the Help section of Bungie?s website would confirm: some third-party applications are ?incompatible? with Destiny 2 on PC, and that players utilizing them will be banned to ensure ?a safe and fair experience for all players, on all platforms.?

This decision has led to quite a lot of outrage, as players find themselves immediately being dealt bans following the $60 purchase. According to yet another post over the studio?s website, Bungie would double down in stating that all bans are permanent, undisputable actions ? meaning that unless further decisions are made, those affected by the above issues are simply out of luck.

All may not be lost, however. On one of the many forum posts regarding the issue, a Bungie employee responded with the following statement:

Third-party applications that aren?t compatible with Destiny 2 may cause the game to not run but won?t result in a ban.

While the response is of little help to those who can attest otherwise, it did seemingly reveal that Bungie is not intentionally dealing out bans to these players. It?s possible that, following today?s outrage, the studio will reverse its decision and begin reverting its undue punitive actions. Until then, feel free to follow the developers over Twitter @Bungie for any future updates regarding the matter, and stay tuned.