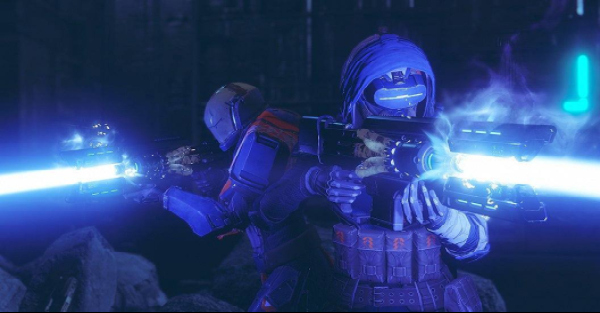 Destiny 2?s just around the corner, which means the developers have been kicking it into high gear with regards to regular media releases and teasers. The latest of this marketing campaign introduces players to the game?s 4v4 competitive multiplayer mode ?Crucible,? and while the display doesn?t exactly show off anything too new for veterans of the first game, the trailer?s still worth a look. Check it out:

Aside from the rather out-of-place music, it?s hard to find anything to criticize about Destiny 2?s multiplayer trailer. At least from what we can see, the gameplay seems to take on a fairly fast-paced nature as players frequently blindside, ambush, or otherwise flank their opponents for some satisfying-looking maneuvers.

Of course, ?online experiences may vary.? There?s no reason for a developer to value authenticity over entertaining ?feel-good? scenes in which the camera follows whoever?s currently dominating. As with all multiplayer games, balancing different weapons and abilities is often a difficult beast to tackle, and Destiny 2?s competitive modes could easily fall flat without a strong presence of developer support.

What is shown, however, does look pretty cool. Each class fills a different role that serves to fit into the team?s required niche; Titans can deploy a barrier from which players can safely fire from and hurl glowing Sentinel Shields with lethal efficiency. Hunters, meanwhile, seem to excel in aggressive subterfuge and assault tactics that involve leaping quickly into the fray, dealing damage to their opponents, and just as quickly disappearing from the fight. Then there?s Warlocks, which bear the role of the ?recovery? expert for their dual capacity as both a healer and an aggressive combatant.