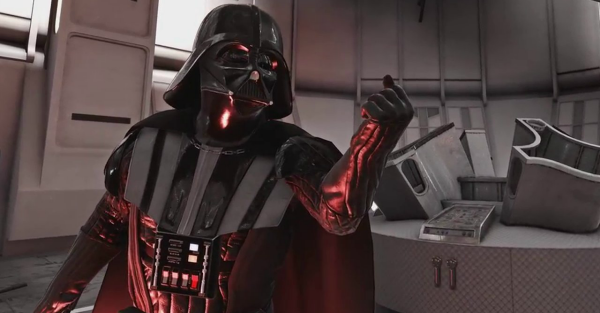 It seems that even the most successful of video game publishers can?t completely ignore the community when it?s upset over something. After a week of countless angry forum posts, calls for boycotts of the game entirely, and enough media coverage to cause any self-respecting developer to rethink their policies, Electronic Arts (EA) has announced the removal of real world microtransactions from Star Wars: Battlefront 2 ? if only temporarily.

Today, we turned off in-game purchases for #StarWarsBattlefrontII. The game is built on your input, and it will continue to evolve and grow. Read the full update: https://t.co/asGASaYXVp pic.twitter.com/vQSOmsWRgk

The full announcement reads as any product of a professional PR team would, stating that the goal of the developers has ?always been to create the best possible game for all of you,? and that the community?s dissatisfaction ?was never our intention,? ? all phrases that fans have obviously had some trouble believing. The real message, however, comes a bit later on:

?We hear you loud and clear, so we?re turning off all in-game purchases. We will now spend more time listening, adjusting, balancing and tuning. This means that the option to purchase crystals in the game is now offline, and all progression will be earned through gameplay. The ability to purchase crystals in-game will become available at a later date, only after we?ve made changes to the game. We?ll share more details as we work through this.

While the decision to remove microtransactions from Battlefront 2 is certainly a pleasant surprise considering the immediate launch of the game, many players have responded with criticism and even open hostility. One excited message in particular reached the top of /r/gaming with the reminder that EA is retracting the system now to only temporarily halt media coverage during launch, and plans to re-implement the system at a later date with minimal attention.

There?s no denying that Battlefront 2?s recent negative press has been the stuff of legend. Following the cataclysmic Reddit comment now sitting at negative 676,000 downvotes,  numerous media outlets picked up the story of the game?s perverse microtransactions, eventually resulting in a disastrous AMA over Reddit and, later, the news that Belgium would begin investigating the gambling nature behind loot boxes ? both in Battlefront 2 and Blizzard?s first-person shooter Overwatch.

While it?s still up in the air whether or not the classic Star Wars game will provide a balanced and fair experience for its players, it?s nonetheless unfortunate how the greed of a few has permanently affected the title. Battlefront 2 was, months ago, one of the most highly-anticipated shooters of the year due to the apparent change-in-heart the studio had had with regards to what constitutes an acceptable level of content. The Clone Wars were included, the developers intended to release all DLC for free, and the system with which players could access heroes had (seemingly) been completely reworked.

Now, however, the damage from this latest fiasco is practically irreparable; many previously-excited fans have sworn off Battlefront 2 entirely, while the possibility of Belgium setting a legal precedent for gambling in video games could leave a permanent stain over the title. It?s hard not to feel bad for the developers either; all attention that should have gone to Battlefront 2?s gorgeous graphics and sound design, for example, has been directed instead at the immense unpopularity of the crystals system.

If you?re one of the many who canceled their pre-order of Battlefront 2, then there?s little else to do but wait for future announcements from EA. We?ll certainly be covering them, but in the meantime you can find articles regarding previous announcements for the title in our Battlefront 2 directory.