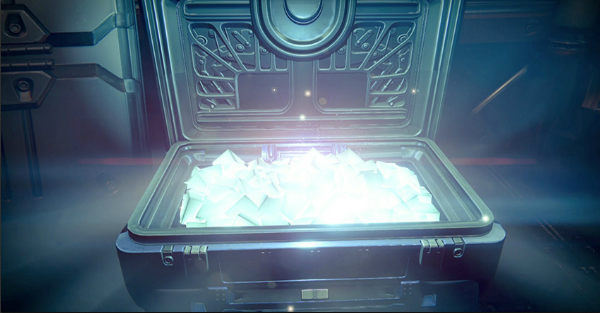 Fall is upon us, and so is this year’s selection of triple-A titles. Yet, for once controversy is settled not around framerate caps or sequels of a questionable quality, but rather on the popularity of loot boxes. Three of the most-anticipated games of 2017 – Middle-earth: Shadow of War, Destiny 2, and Star Wars: Battlefront 2 – are all launching with loot box mechanics, leading to an outcry at the already-unpopular system from the gaming community. Given the high initial price tag (at least $59.99) of these titles, many have begun to question the integrity of publishers who insist on added microtransactions. Others have sworn off games with loot boxes entirely, while some of the more popular voices in the community have spoken out.

For those out of the loop: loot boxes refer to any obtainable (frequently purchasable) crate or box in a video game containing additional in-game items. These can be simple cosmetic outfits or skins, or weapons or armor designed to make the game easier. In some games, like Blizzard’s first-person shooter Overwatch, loot boxes are obtained regularly for free and can be opened similarly without payment, with additional crates purchasable via real-world transactions. Others, like Team Fortress 2 (from which the practice first became popular), allow crates to be opened only by purchasing keys – again with real money.

While an understandable system for free-to-play video games with no alternate way of generating revenue, the popularity of loot boxes in expensive titles by well-known studios have resulted in significant backlash, prompting Kotaku editor Jason Schreier to reach out to the Entertainment Software Rating Board (ESRB) for comment on the practice. Unfortunately for those anticipating a crackdown on the practice, the response was less than promising.

“ESRB does not consider loot boxes to be gambling. While there’s an element of chance in these mechanics, the player is always guaranteed to receive in-game content (even if the player unfortunately receives something they don’t want). We think of it as a similar principle to collectible card games: Sometimes you’ll open a pack and get a brand new holographic card you’ve had your eye on for a while. But others times you’ll end up with a pack of cards you already have.”

The ESRB is responsible for rating video games with one of five ratings: Early Childhood (EC), Everyone (E), Teen (T), Mature (M), and Adults Only (A). It also assigns tags, such as nudity, gore, or, more relevantly, gambling. According to comments from this spokesperson, this last tag always results in an Adults Only rating – a particularly damaging outcome for those publishers whose main demographic are teenagers and young adults.

For more information on the ESRB’s stance on gambling, it might be worth navigating your way to the official website – either to learn more, or to make your own concerns known to the organization. If recent trends are any indication, loot boxes are here to stay until publishers deem they’re no longer worth it – or another, more fruitful practice takes its place.