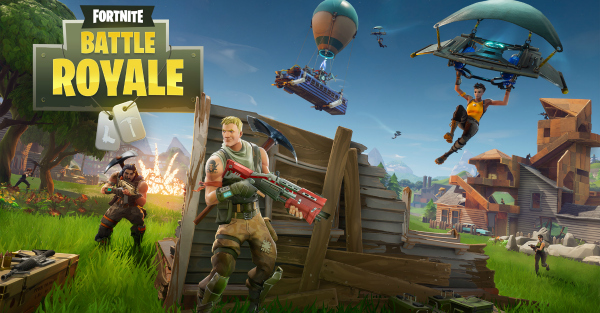 For fans of the battle royale genre, things really couldn?t be any better. PlayerUnknown?s Battlegrounds has finally solidified its hold over the market in becoming the highest-played game on Steam with over one million concurrent players all running it at the same time, expanding the popularity of the genre and alerting other studios to the lucrative possibilities of implementing their own version. Some, like Daybreak?s H1Z1: King of the Hill and Studio Wildcard?s Ark: Survival Evolved, have already met with varying success in developing entries into the genre.

Now, it seems Fortnite is joining the fray. According to a recent trailer released over the studio?s YouTube channel, Epic Games has created a new game mode simply called ?Battle Royale,? after the original 2000 film. Donald Mustard, Creative Director of the studio, explained this sudden development, ?At Epic, we?re huge fans of the battle royale genre, and games like PUBG and H1Z1, and we thought that Fortnite was the perfect world to build one in.?

You can check out the full trailer below:

Mustard goes on to list the mode?s long list of features, which includes the already existing fort construction mechanics and weapon crafting available in the base game. In addition to the above, players will have access to ?tons of weapons, traps to take out unsuspecting opponents, and a huge map to build whatever you can imagine.?

It?s this last detail that excites us the most. In a genre like this one, it?s not always easy to innovate, and experiencing a truly unique game that sets itself apart from the others is a rare occurrence. Hopefully, the basic mechanics of Fortnite will combine with the famous battle royale scene to reward players with something special.

Otherwise, Fortnite?s new mode seems to follow the genre?s basic formula. All players start in something called ?the battle-bus? with nothing more than a glider and a pickaxe. From there, ?it?s up to you,? with weapons and crafting materials scattered around the map for players to scavenge. The winner is decided when the player is the last one left, and all 99 opponents have bit the dust.

Fortnite Battle Royale is already available to play on the PlayStation 4, Xbox One, Mac, and PC via the Public Test servers. For more information, check out the game?s official website, or follow the developers over Twitter.