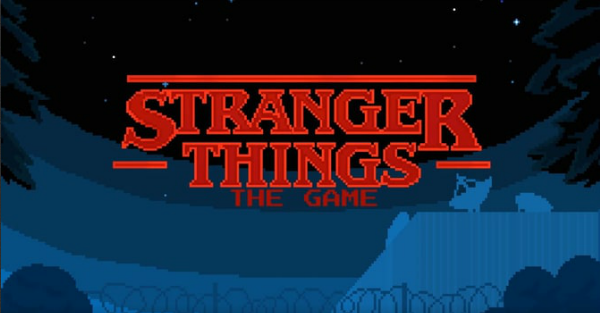 The original series Stranger Things arrived on Netflix last year as an ‘80s set thriller designed to induce feelings of nostalgia, both for the charming period in which the show took place and the early era of Spielberg sci-fi films – which the show seemed to emulate perfectly. The sharp writing, richly engaging atmosphere, and immensely talented young cast all did their part in turning the show into an immediate hit. Stranger Things currently sits at a 95% on Rotten Tomatoes, an 8.9/10 on IMDb, and was awarded an 8/10 by IGN.

Now, with season two just around the corner, Netflix has opted to promote the show with more than just another television spot (though the trailer is worth a view regardless). Stranger Things: The Game is a downloadable mobile app for iOS and on the Google Play Store. Check out the trailer below:

Aside from the obviously retro style of the gameplay, the soundtrack stands out in mimicking the unique music of the show, which regularly paid tribute to the ambient synthwave of the ‘80s. Otherwise, there’s not too many details to take away from the trailer, though an article from TouchArcade claims that the game contains at least 10 hours of gameplay, 7 playable characters from the show, 6 dungeons to explore, and 30 different requests.

Stranger Things: The Game is also completely free; there are no microtransactions or aggressive advertisements (beyond those for the show, of course), and the download is available to anyone with the right mobile OS.