New game modes, regions, and more coming to the Division in 1.8 update 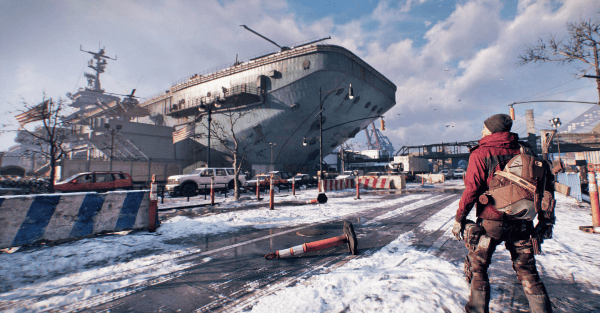 Years after Tom Clancy?s The Division launched across all platforms, Ubisoft is still going strong in applying regular content updates and balance patches to a game that other studios may have long since abandoned. The latest of these arrives sometime next week free for all players and will introduce new regions, game modes, weapons, and more to the open-world shooter. Check out the trailer for Update 1.8 below:

The most major of changes is undoubtedly the arrival of two new game modes, Resistance and Skirmish. The former is a PvE wave-defense styled mode in which players can construct fortifications to hold off against aggressive AI factions that have teamed up bring down their common enemy: us. The latter, a 4v4 PvP mode, emphasizes close-quarters combat as players square off against one another in narrow, closed environments.

The Underground is also evidently due for a makeover. According to the Update page on The Division?s website, the entire subterranean region is being revamped to allow for additional Directives, Checkpoints, Hunters, and opportunities to obtain Classified Gear. In addition to these changes, an entirely new area is being opened up in the form of the long-anticipated West Side Pier. The area will provide access to the left-hand side of the island, complete with new loot for players to uncover and enemies to challenge.

Additional content includes the ability to upgrade gear to the maximum tier through spending D-Tech, new Exotic Weapons in the form of the ?Big Alejandro? Exotic LMG, ?Devil? and ?Heel? exotic MMR pair, and the new ?House? SMG, and a series of changes to how the Dark Zone functions that, hopefully, will transition the region into an area where threats stem equally from both players and enemy AI. Previously detailed movement changes are scheduled to arrive in 1.8 as well that will grant players ?more deliberate control over individual characters.?

While no concrete release date has been set for Update 1.8, more in-depth patch notes and a launch date are due to be announced next Monday on December 4. For more information, feel free to follow the developers over Twitter @TheDivisionGame.