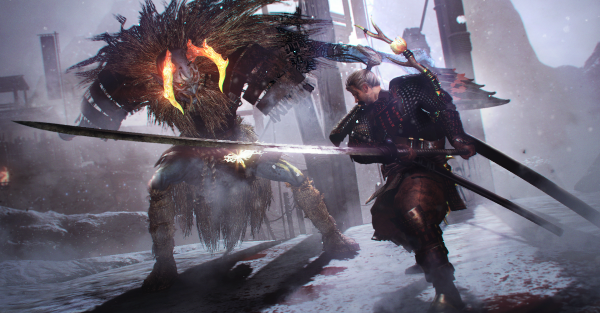 The Complete Edition of Nioh finally arrived for the PC earlier this November after nine long months of waiting, bringing with it all three expansions released over the past year. Unfortunately for those fans anticipating the title?s eventual PC port, however, Nioh has been plagued by numerous technical issues that, for many, have resulted in refunds and long-lasting negative impressions.

Luckily, it seems the developers have been hard at work in addressing these problems. A recent Tweet over Team Ninja?s Twitter account revealed that the studio?s next update intends to introduce a number of fixes to Nioh ? in addition to the much-requested mouse and keyboard support.

The full (and rather brief) announcement on Steam states that key bindings and camera/action controls are also on the way for both the keyboard and mouse, as well as a couple of minor fixes for analogue stick sensitivity and matchmaking errors.

While uncommon, the port of console titles to the PC without the necessary functionality isn?t completely unknown to the gaming community. The release of Dark Souls: Prepare to Die Edition comes to mind as one of the industry?s most popular examples; the title launched on 2011 for Microsoft Windows without much in the way of mouse and keyboard support, as well as numerous framerate and graphical problems. Despite these issues, Dark Souls generated an impressively strong fandom on the PC that would contribute heavily to the series? success in later years.

Once the update launches, players can hopefully expect an experience reminiscent of Nioh?s initial success on consoles. The game enjoyed an overwhelmingly positive reviews reception in February as critics everywhere praised Nioh for its challenging boss encounters, inspiring gameplay, and compelling story.

For more information, check out Nioh?s page on the Steam Store. The game?s Complete Edition is currently available for $49.99 and, if user reviews are any impression, it?s well worth a look despite any residual issues.