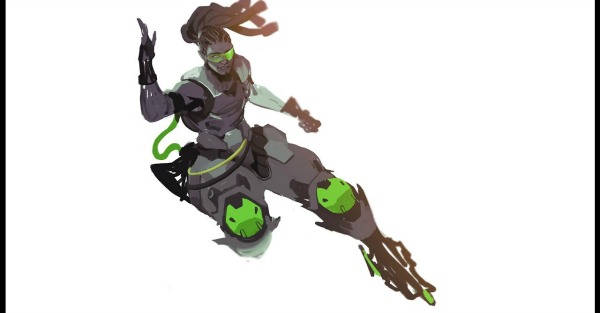 In a message broadcasted over his Twitter account, community favorite DSPStanky has announced his departure from the Overwatch competitive scene.

y u drop out of competitive scene

DSPStanky is an immensely popular character in the Overwatch community, where he’s well-known for his YouTube montages featuring pro strategies and amusing plays. He’s particularly associated with the in-game character Lucio, with whom he’s become an icon among players seeking to master the musician-styled support hero. He’s really not bad, either.

What many don’t know, however, is that he’s not just a YouTube star. DSPStanky was until recently a semi-active participant in Overwatch’s competitive community. He’d played in a number of matches, including the semi-finals of the Athena Cup, and had made mention of recent offers to join as-of-yet unnamed teams.

Of course it couldn’t last. Citing an inability to juggle streaming, YouTube, and competitive play alongside the requirements of maintaining a healthy lifestyle, DSPStanky announced that he would no longer be participating in competitive tournaments.

“Long story short, I was burned out. Between scrims, tournaments, and the stream, I’ve been playing close to 65-70 hours of Overwatch a week since late January. And I had a full time job up until May 29th. My main goal with Overwatch has always been to have fun, and all that time grinding was running me ragged.”

His departure is not exactly outside the norm of recent Overwatch developments. Similar announcements have been made by other community icons like Seagull, who left the competitive scene earlier this year to pursue streaming full-time. Entire teams have also abandoned Overwatch, leaving fans to speculate over the future of the game’s professional scene.

RELATED: As teams drop left and right, ESPN sheds some light onto the situation

Still, fans of DSPStanky are unlikely to mind too much. Less time spent training with his team will obviously lead to a more relaxed individual, who will have plenty of time to entertain his audience over his Twitch and YouTube channels while still living a healthy and happy life.