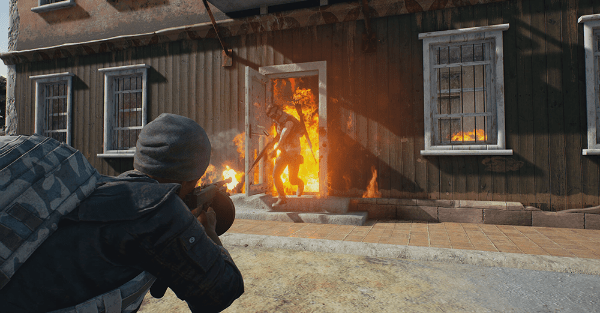 PlayerUnknown?s Battlegrounds seemed to come out of nowhere earlier this year when it rose to become one of the most-played games on Steam ? at least, if you haven?t been paying attention. In reality, the rise of Battle Royale-styled games can be traced back to the early days of the first mod for ARMA II, which itself was developed by Brendan ?PlayerUnknown? Greene. As a result, many of PUBG?s features can be traced to the ARMA series ? the latest of which was announced earlier today.

Prepare to experience PUBG on a whole new level! Literally. Vaulting & climbing is coming to test servers next week https://t.co/XyJx5zBGX7

Vaulting was originally a feature in the ARMA series that allowed players to ? what else? ? vault over short objects like fences, rocks, and various other minor obstacles. In a game that disallowed jumping, the mechanic was of vital importance and saw regular usage as players navigated the Czech-inspired region of Chernarus and, later, the Greek islands of Altis and Stratis. While PUBG itself does have a jumping mechanic, the developers believe that it ?does not suffice? in many situations.

??After all, PUBG features a play area of considerable proportions. In addition, objects located on the map differ greatly in shape and size. Such complexity can cause many problems for the players who need to rely on fast and effective means of jumping over (or on top of) boxes, containers, fences etc. For that reason we have decided to implement dynamic vaulting and climbing mechanics. ?

Objects with a height equal or more than the player?s chest will have to be climbed over, an action that can be expedited by generating more momentum. Attempting to climb an object from a static position is still possible, but takes more time and thus can leave the player vulnerable to attack.

Other changes to PlayerUnknown?s Battlegrounds include standard client and server optimizations, a couple of tweaks to how vehicles perform, and an overhaul to ballistics. More noteworthy is the introduction of ?new measures? to address the game?s cheating problem. In addition to BattlEye, a new system has been implemented to more efficiently detect and remove cheaters from PUBG as they surface. In the words of the developers, ?we hope you will start to see an improvement going forward.?

For more information, feel free to check out the full announcement over the Steam page. The update itself doesn?t arrive on testing servers until next week, and is due on live servers sometime after that, so be sure to be proactive with your feedback and reports in order to help the PUBG team make the update as smooth as possible.