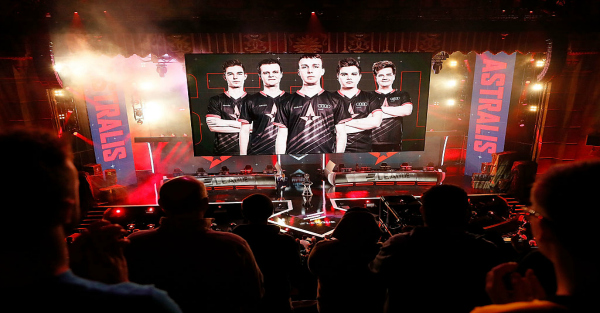 According to a recent post from analytics firm Newzoo, 42% of the 191 million viewers who frequently tune in to watch Esports do not even play the game they’re watching.

Newzoo conducted the study as part of a concentrated effort to create a report for investors and marketing brands interested in entering the Esports industry. The analysis mostly focused on existing competitive giants League of Legends, CS:GO, and DOTA 2, although it also compiled data from multi-platform games like Overwatch and Hearthstone.

In order to formulate the basis for their report, Newzoo created three essential questions:

Figures for the report were aggregated from the top 10 Western countries with the largest viewerships: The United States, Canada, Germany, United Kingdom, France, Italy, Spain, Netherlands, Belgium, and Sweden.

In these countries it was discovered that League of Legends, CS:GO, and DOTA 2 currently have the most developed Esports scenes. League and CS:GO in particular have the widest respective reaches at 11.8% and 9.4%. Third places goes to Overwatch, surprisingly, which, despite its less than stable competitive scene, saw nearly 100,000 viewers during the recent IEM Gyeonggi Tournament Finals.

RELATED: As teams drop left and right, ESPN sheds some light onto the situation

DOTA 2, meanwhile, attracts most of its viewers from Eastern Europe and Southeast Asia, where the game boasts a consistent popularity. In Russia and the Philippines, DOTA 2 has more players than even League of Legends.

The greatest revelation from the report tells us that 42% of eSports viewers don’t actively play the game they watch. Newzoo explains this, stating that:

“For these franchises, players have often moved on to other games or spend their time elsewhere, while staying invested in the professional gaming scene. Esports gives lapsed game enthusiasts an outlet to still enjoy the entertainment provided by games without having to develop or keep up with the skills required to play.”

Another interesting tidbit from the report suggests that each game carries with it its own viewership. 37% of viewers watching League of Legends, for example, exclusively watch just that title, while 25% of the CS:GO audience tend to stick with just that. Although it really shouldn’t come as a surprise; the two are vastly different genres of gaming, as dissimilar as football is from golf.

For the full report, check out Newzoo’s official posting, or browse the rest of their website for similarly interesting analyses.