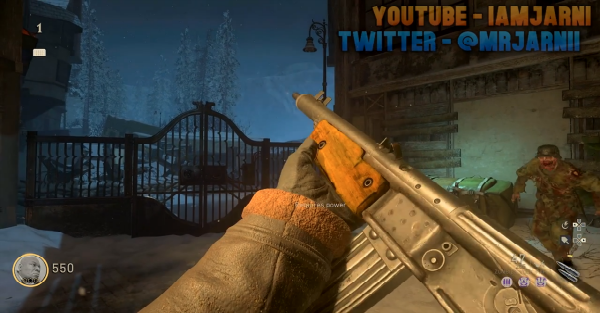 A recent leak may have uncovered details regarding upcoming game modes and weapons for the recently released Call of Duty: WW2. According to a video uploaded by dataminer and popular YouTube celebrity IamJaRni, numerous game modes from previous CoD installments are evidently on the way to the franchise?s latest title.

The video, which has since been taken down by Activision?s legal team, provided brief footage of a handful of game modes both new and classic to the franchise like Gun Game and Demolition. The whole list is as follows:

Gun Game ? Your standard free-for-all with a twist; players begin with a simple pistol and are only awarded stronger weapons by killing enemies. In prior installments, winning has been a simple matter of achieving a set amount of kills before enemy players.

Lockdown ? Players must capture and hold designated areas from the enemy team. The longer a position is held, the more points are earned, and the team with the most points at the end wins.

Demolition ? Originally appearing in Modern Warfare 2 back in 2009, Demolition is exactly as it sounds. Defend two locations from the bomb-carrying enemy team, or assault those same objectives when your team?s turn comes around.

Infected ? Survivors killed by ?infected? players are resurrected as a member of the enemy team. The round only ends when the timer runs out ? or when all players have been infected.

Control ? Few details are available on this mode aside from what was available in the video. Brief gameplay featured the player capturing an enemy location, which suggests a spin-off mode similar to Lockdown.

There?s also a handful of new weapons that make an appearance in JaRni?s video, including the Sten submachine gun, Gewehr 43 semi-automatic rifle, and the Breda M1930 light machine gun. Thanks to quick-thinking viewers, the full video is available to view over alternate streaming sites and can be watched here.

Call of Duty: WW2 is available for the PlayStation 4, Xbox One, and PC for $59.99. For more information about upcoming developments related to the title, you can follow the developers over Twitter @SHGames.