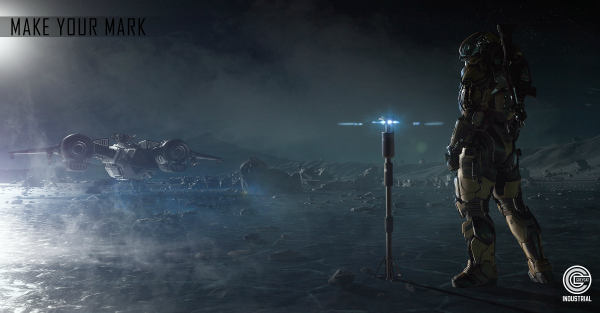 Star Citizen is perhaps one of the most remarkable titles in the video game industry if for its scale alone. The massively multiplayer open-space simulator will allow players seemingly free reign in a persistent sandbox-styled universe in which anything goes ? whether it be simple exploration, trading, or even piracy. It?s this same scale that has contributed to Star Citizen?s consistent delays that have shifted the game?s original planned release from 2014 to the currently murky schedule in place today.

Yet, regardless of any delays, the developers at Cloud Imperium Games remain seemingly wary of keeping their ambition in check, leading to regular announcements regarding increasingly elaborate new features. The latest of these is apparently the ability to purchase in-game land via real world transactions, with which players will be able to create and manage their own territory.

Obviously this introduces multiple concerns over the ethical impact of a system where real money allows players an instant step up over the competition ? concerns that the developers have already attempted to address. In an FAQ regarding the announcement, it?s stated that, due to the immense scale of Star Citizen?s available territory (?billions of square kilometers?), it will be impossible to ever fully run out of land.

Land claims are available via a $50 ?claim license,? with which players can lay down a claim beacon that immediately transfers ownership of the plot to the player. These licenses can also evidently be purchased with United Earth Credits (UEC), Star Citizen?s in-game currency.

Currently the land claiming system is unavailable, meaning that players with access to Star Citizen (and a deep wallet) cannot yet begin making purchases. When it does launch, the system will allow players to place outposts in a Lot (4 KM x 4 KM) or in an Estate (8 KM x 8 KM).

Cloud Imperium founder Chris Roberts explained the idea behind allowing players to purchase territory during the above presentation, stating that the developers want to provide enough gameplay to justify the amount of territory. ??wouldn?t it be cool if we had some virgin moons or planets and players could go there and they could set up their own little homestead??

Cloud Imperium has faced previous criticism over the prevalence of microtransactions in Star Citizen. The ability to pre-purchase ships for hundreds of dollars ? some of which only existed as concept art ? brought controversy upon the project during its initial crowdfunding phase, while the constant delays have shifted attention from the game?s ambitious scale and wondrous setting to the eternal nature of the development cycle.

As of this time, there is no final release date set for Star Citizen. It is playable, albeit in a pre-release state not yet even in alpha. For information regarding the game?s current state as well as future plans, read the latest schedule report on Cloud Imperium?s website.