The Division’s largest update so far is coming this fall 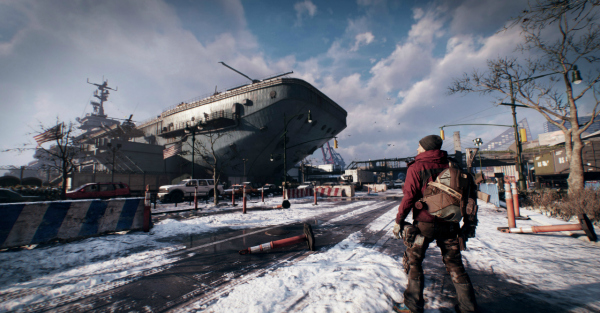 Years after The Division first released in a playable state, the game’s in far better shape than it used to be. The lack of content – one of the more common complaints after launch – has been addressed, with consistent updates frequently introducing new missions and gear, and the abundance of cheaters has been partially (though certainly not completely) dealt with. Yesterday, Ubisoft announced that The Division’s fall update would be its largest yet. Check out the below trailer for a quick summary of all of 1.6’s content:

The updated, dubbed “Resistance,” will include two entirely new game modes: Resistance (PvE) and Skirmish (PvP). The former is your traditional wave defense mode, in which up to four players will “resist” numerous waves of enemies from all of the game’s factions. Successfully surviving enough will grant increasing levels of rewards for the players.

Skirmish, meanwhile, features two teams of four players each facing off in a simple team deathmatch game mode. The team with the highest number of kills when the timer runs out wins, though simply reducing enemy players to a downed state isn’t enough. “Only by eliminating them can you earn points.”

There’s also a new region coming to The Division. The West Side Pier extension will extend the game across two zones, expanding the size of the game with new areas to explore and foes to uncover and defeat.

The Resistance update will include a wealth of minor improvements to The Division as well, including a number of fixes to the game’s previously-released Underground DLC and rogue mechanics. Also coming are some changes to how a player’s gear works that will allow you to improve the states on your favorite items, rather than having to discard them completely when an upgrade comes along.

The Division’s Resistance update is currently scheduled to launch sometime this fall. For more information, check out Ubisoft’s blog post, or check out the 1.6 broadcast on Twitch from earlier this morning.