The votes are in: committees and locations decided for the Overwatch World Cup 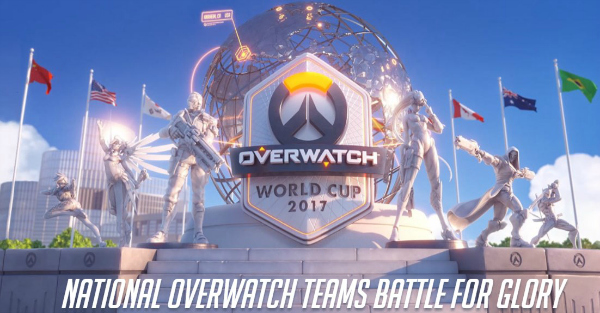 The votes have been tallied, the committee members have been chosen, and Phase 3 of the 2017 Overwatch World Cup has officially begun.

As part of this year’s event, each team from the 32 participating nations has had three committee members voted in by players from their respective countries. These members now will be in charge of deciding upon the representing team players in the World Cup later this year.

The United States’ committee is made up by YouTube personality and Twitch.tv entertainer Steven ‘ster’ Serge, Cloud 9 founder and former captain Kyle ‘KyKy’ Souder, and professional Esports caster Jason Kaplan. Together the three will work towards crafting a team worthy of representing the U.S. in the upcoming World Cup.

These results have naturally generated a fair amount of surprised outrage in the community. Although popular for his videos and broadcasts, Ster has little experience for the role beyond briefly participating in last season’s competitive scene. Kaplan too has been met with skepticism over his general lack of expertise at managing teams. Only KyKy seems to have gotten an overall positive reception. As the current coach of Team EnVyUs, most have agreed that he is uniquely qualified to fill the role for the U.S.

While the committee members for the other 31 nations are only viewable to players from those regions, the Overwatch community has managed to compile a list over the game’s competitive Subreddit. Check it out.

Once the teams are chosen, they will travel to one of 4 locations around the globe, where they will compete against 3 other nations for the opportunity to go on to the World Cup finals at this year’s BlizzCon.

The four locations and their respective nations are:

Although Blizzard hasn’t yet announced the date and times of each tournament, they will likely provide updates over the official Overwatch Twitter account. For more information about the World Cup, visit the event’s website.