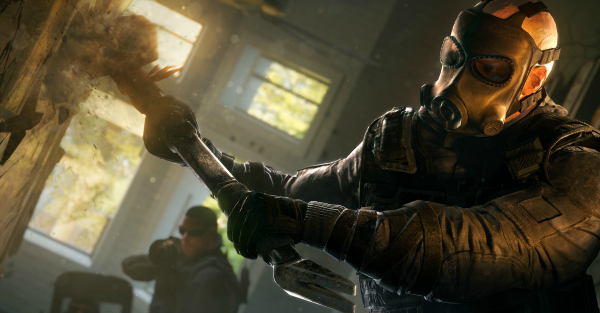 For a game about to enter its third year of support, it?s actually kind of surprising how much content Ubisoft still has planned for tactical first-person shooter Rainbow Six Siege. According to a recent post over the development team?s blog, eight playable Operators, two additional maps, and a rework to an existing map are due in the coming year for Siege.

As with previous roadmaps, Year 3 of Siege has been divided up into four main categories or ?Seasons.? Each season provides access to two Operators as well as unique additional content in the form of a new map or special event. These seasons start every three months, with the first arriving in the first quarter of 2018.

Season One starts the year off strong with the launch of Operation Chimera, a biohazard-themed event that includes access to two new Operators ? both with a background in fighting bioterrorists ? and the launch of a temporary special event. Mission: Outbreak will be a cooperative match in which three players must join together to accomplish an as-of-yet undefined objective. Given the FPS genre?s tendency to include zombies in just about everything and considering Siege?s unique penchant for fortifying defensive locations, fans have already begun predicting the arrival of the undead in Chimera.

Coupled with Outbreak are a number of exclusive cosmetics that will become unavailable following the end of the event, so players will want to take advantage of what time they have to obtain them. The mission will be accessible to all players completely free sometime in early 2018, with more details to be revealed in February following the end of the Siege Invitational.

As for the following quarters: Season Two will follow an Italian theme in providing access to two Operators and a map from Italy. Season Three, meanwhile, is set to provide access to an Operator each from both the United Kingdom and United States. Unlike the previous season, a new map will not be provided; instead, a previous map will undergo significant reworking to bring ?considerable changes to level design and art direction.?

The final quarter of 2018 will see the launch of Season Four, which once again introduces new playable Operators and a new map. This time, the location is set in the coastal North African region of Morocco, a country from which the new characters will also presumably originate.

For future news regarding Year 3 of Rainbow Six Siege, feel free to follow the developers over Twitter @Ubisoft, or tune in to the official blog to receive immediate updates straight from the source.