Ubisoft is giving away two free PC games this December 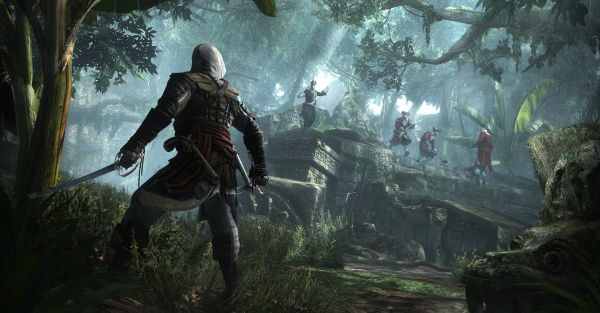 For those gift-givers struggling to think of the perfect present for their friends, look no further. Ubisoft, the studio behind Assassin?s Creed, South Park, The Division, Far Cry, Rainbow Six, and countless other video game franchises will be giving away two titles for the PC this December.

The first game is World in Conflict, a real-time strategy title from 2007 in which World War III has finally broken out. Players take on the role of the United States or NATO during the single-player campaign, though Russia is also available as an optional faction in multiplayer. Both World in Conflict and its expansion, Soviet Assault, will be free as a celebration of its original launch on December 4, 2007. Access will continue to be open until 5:00 am EST on December 11, though those who downloaded the title will retain ownership after the event ends.

While still an installment in the Assassin?s Creed franchise, Black Flag differed majorly from the rest of the series in its embracing of naval combat as a core part of the game. Players took on the role of the pirate Edward Kenway who, by controlling his ship, the Jawdaw, would terrorize the open seas by attacking and boarding enemy vessels, hunting a wide variety of animals for their valuable resources, and steadily creating and upgrading a vast fleet of pirate ships under his command.

Assassin?s Creed: Black Flag is today highly regarded as one of the more entertaining and innovative installments in the franchise. Both it and World in Conflict are available to download through UPlay, Ubisoft?s PC retailing client.