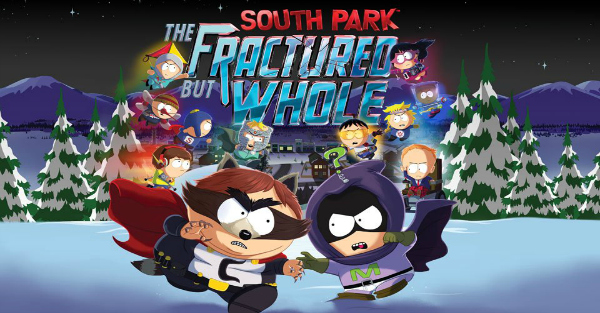 Are you ready for a hefty dose of new Far Cry adventures? https://t.co/RiR9MZvSR8 pic.twitter.com/dxcHCzAKEG

There?s not really much else to be said about the title that we didn?t already know from their first announcement, unfortunately. That hasn?t stopped fans from eagerly predicting the setting of the next installment in the franchise, which has seen previous titles set in Micronesia, Africa, an unnamed island in the Pacific, and the Himalayas.

Ubisoft did release some more concrete information about their next South Park title. An entire trailer, in fact. Check it out (Warning: impish humor ahead):

If fart jokes and vulgar children are indicative of a true adaptation of the South Park experience, then it certainly seems like this next title will be a good time. Childishly dubbed South Park: The Fractured But Whole, the game will feature a plot surrounding the marvel-spoof episodes from several seasons ago, which had the cast eventually facing off against Cthulhu in an increasingly high-stakes plot.

Despite the traditionally poor results of most television-to-game adaptations, the first installment, South Park: The Stick of Truth was surprisingly well-received. This can be heavily attributed to the efforts of the show?s creators Matt Stone and Trey Parker, who were heavily involved in the writing of the game.

While no official release date has been announced for Far Cry 5, South Park: The Fractured But Whole is scheduled for a launch on October 17 for Xbox One, PlayStation 4, and PC.