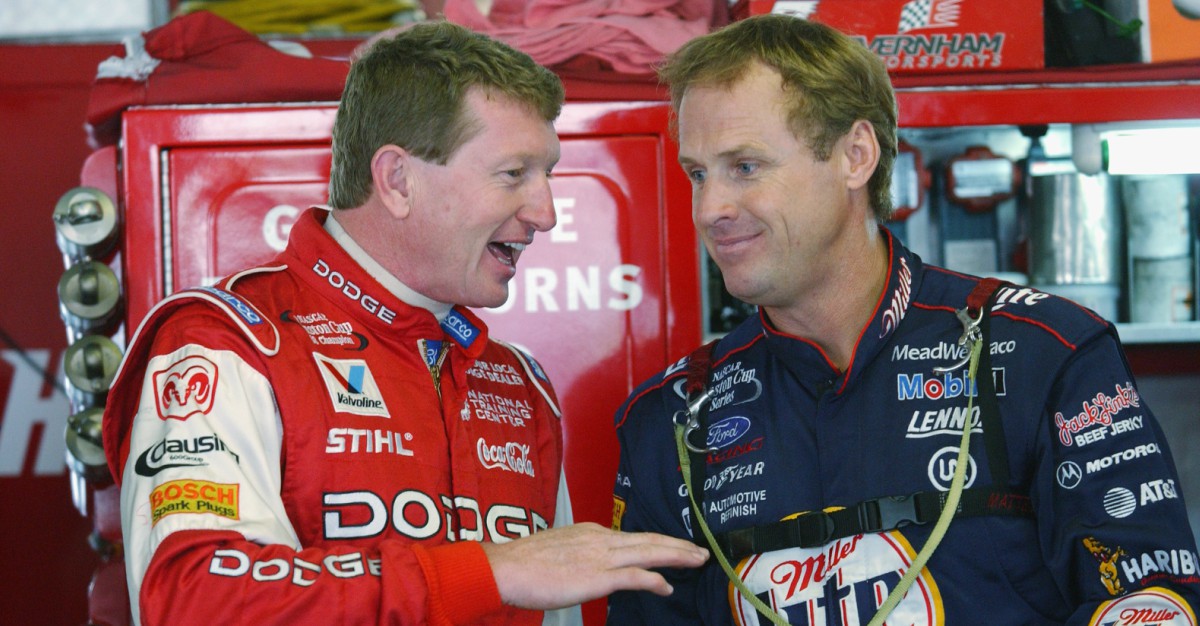 Predicting what will happen over the long NASCAR season is often a huge waste of time. Too much can and will happen over the course of 36 races to confidently say we know anything, really. Of course, they are still fun, which is why we do them. Sometimes looking back at the end of a year on how bad the early guesses were is even more entertaining. And if that is amusing to you, think of how crazy 20 year old predictions would be.

They were exactly as crazy as you thought. In 2000, Greensboro News and Record asked a bunch of drivers and other NASCAR personnel about what they thought NASCAR would look like in 2020. Entering year 18 of their predictions, it is already clear how badly some of them missed the mark.

Steve Wallace, son of Rusty Wallace was only 12 years old and had big dreams for the sport’s future and his own career. “I want to be a Winston Cup driver, and I want to win more than seven championships. I want to beat Dale Earnhardt,” he said. That obviously didn’t happen, with the young Wallace only going on to compete in one Cup Series race, but we aren’t going to spend time criticizing a 12 year old’s dreams. His predictions for the sport were equally as optimistic:

“I think we’ll have banked road courses,” He said. “Road course turns banked like Talladega or Bristol. Like you go through the chicane at Sears Point and it’s banked like Bristol.

With the introduction of the Charlotte Roval, he seems to be half right with his road course prediction, although the traditional road courses are practically the same as they were back then. The prediction of a huge explosion in popularity seems particularly outlandish right now as NASCAR is struggling through losing some of its biggest names to retirement, but there are still two years for NASCAR to prove 12 year-old Wallace right.

His dad, Rusty, was surprisingly farther off with his predictions.

Here we are 18 years removed, and the superspeedways still live, as well as road courses and the previously mentioned hybrid-roval.

Not all of the predictions fell flat, though. Jay Novak, Ford’s NASCAR program manager at the time, pretty much nailed it:

“I don’t see big technological changes in terms of the chassis,” he said. “I think that NASCAR is extremely happy in the direction of the way they’re going in controlling costs and the proliferation of technology. They don’t want their cars to be extremely complex.”

That was spot on. NASCAR is slow to adopt new technology and has even made a number of changes to cut costs even further.

Fans of NASCAR will likely agree wholeheartedly with Clay Campbell, president and general manager of Martinsville Speedway, and his response to the idea that more international races will be needed to grow the sport. “If it can’t grow enough staying in the United States, then it’s pretty well on the road to demise anyway,” he said.

While some of the predictions were pretty close, and others were way off, one thing that no one saw coming in 2000 was the introduction of stage racing and the involvement of a foreign car manufacturer in Toyota. If those fundamental changes to the sport couldn’t be imagined 18 years ago, maybe we are being too hard on some of these predictions. A lot can happen in two years.

Related: Who will make the Championship 4 in 2018? Here?s our way too early prediction.