21 years ago, we got one of the most important wrestling moments of all time 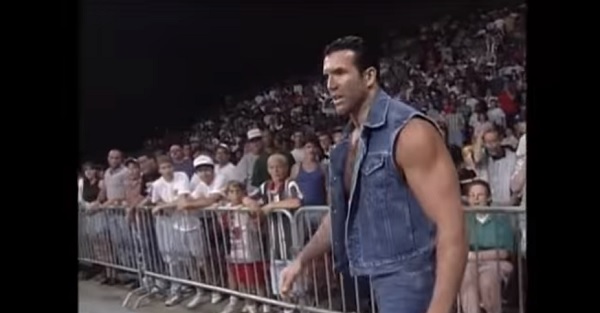 May 27, 1996 might officially be the start of the hottest era of professional wrestling. On that day, former WWE (then WWF) star Scott Hall (Razor Ramon) showed up on WCW Monday Nitro, officially declaring “war” on Eric Bischoff and the company.

Hall had just wrestled his last match for WWE in Madison Square Garden the week before, and him showing up through the crowd in WCW was a big shock for most people at the time. Hall was later joined by former WWE champion Kevin Nash (Diesel), as the two “Outsiders” prepared to take over WCW.

The appearance of Hall and Nash all led to possibly the biggest angle in pro wrestling history: Hulk Hogan would finally turn heel, as he joined the two to form the infamous New World Order stable. With the NWO up and running, WCW catapulted pro wrestling into its biggest money-making period in history.