After her career was thought to be over, Nikki Bella has finally returned to WWE 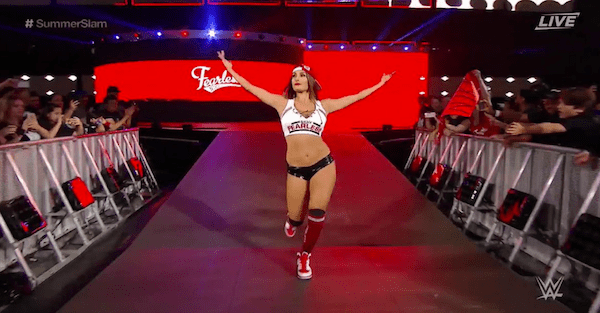 That diagnosis wasn’t to be, as Nikki Bella made a shocking return at WWE’s Summerslam Sunday evening.

Related: WWE star just on the cusp of her first major match has been suspended

After Nikki?s neck injury, Brie Bella and her husband Daniel Bryan both retired from the ring, while Bryan has since come back in a general manager role for Smackdown Live!