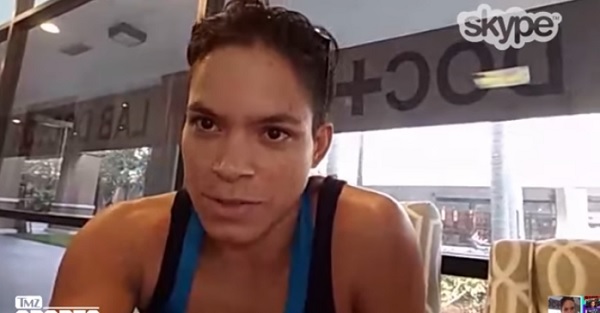 Amanda Nunes is just oozing confidence after her 48-second TKO of Ronda Rousey at UFC 207, and it looks like that confidence is starting to turn into flat-out arrogance.

In an interview with TMZ Sports, Nunes (14-4-0) further called out Rousey (12-2-0), calling her and the entire UFC women’s bantamweight division overrated.

?I don?t know how Ronda Rousey went too far in this division. Honestly, I don?t understand why those girls lost to Ronda Rousey. I know since my first fight in the UFC I can beat Ronda Rousey, but of course I have to take my time and put everything together and that day was the day to prove to everybody and I did it.”

Related: Here?s what Amanda Nunes said to Ronda Rousey after her upset victory

When later blatantly asked if Rousey was overrated, Nunes responded with an emphatic, “Yes, for sure!”

Of course, Nunes is the champ; the champ gets to talk as big as they want to. However, putting down what Rousey did in the division is some convenient oversight, considering Nunes’ only UFC loss — a TKO in the third round to Cat Zingano — is to the same opponent that Rousey knocked out in a then legendary 14 seconds.

Nunes currently reigns at the top of the division, but she will need to keep going hard to make sure the division doesn’t catch up to her like it caught up to Rousey.