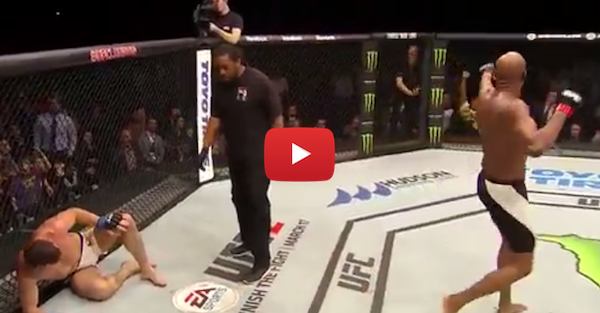 Can we go back to the end of round 3?! #WhatHadHappenedWas https://t.co/VqquhAt4Gn

Anderson Silva dropped an absolute war against Michael Bisping on Saturday, but not without some controversy.

While the match went to decision, 48-47 in favor of Bisping, it was the third round many were pointing toward when “The Spider” hit his opponent with a nasty flying knee that at the very least rocked Bisping, if not momentarily knocked him out.

Check out the video above and decide for yourself.