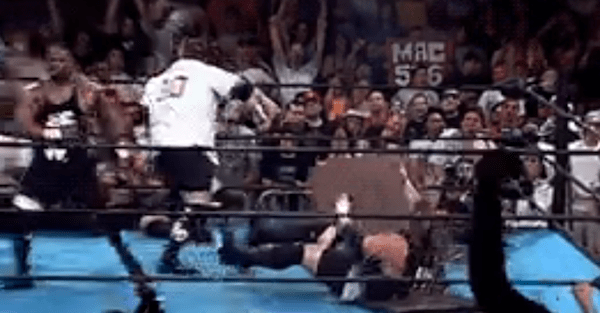 Some more general information about Balls Mahoney's death, he was laying on the couch watching jepordy w his family, when he became quiet

When his wife called him n got no answer she went over to him n saw he was blue n irresponsive, they called 911 and tried CPR but he passed

Rechner was well-traveled in the wrestling industry, but is most famous for his ripped jean shorts, chair shots and devastating pile drivers.

He also took a powerbomb through flaming tables better than anyone in the business.

Nobody took a powerbomb through a flaming table wrapped in barbed wire like Balls Mahoney. #RIP pic.twitter.com/98mQeYABie

Our thoughts and prayers are with his family and friends.