Anthony Pettis disrespected Max Holloway before the fight, and paid for it in a TKO featherweight title loss 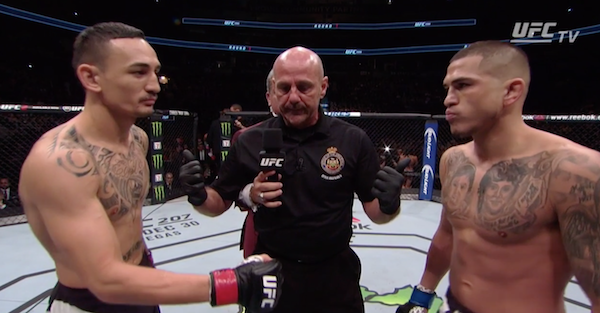 Anthony Pettis came into Saturday night’s UFC 206 interim featherweight title fight three pounds overweight, then he refused to touch gloves with Max Holloway and proceeded to get dismantled in his 145-pound bout.

Holloway knocked Pettis around as the former lightweight champion broke his hand in the first round and just couldn’t mount any offense.

Holloway’s win is the first stoppage of Pettis in his pro career.

Holloway is on a 10-fight win streak, with his last loss a decision to the stripped former champion, Conor McGregor in 2013.