Before her return to UFC, Ronda Rousey remembered her departed father as she battled depression 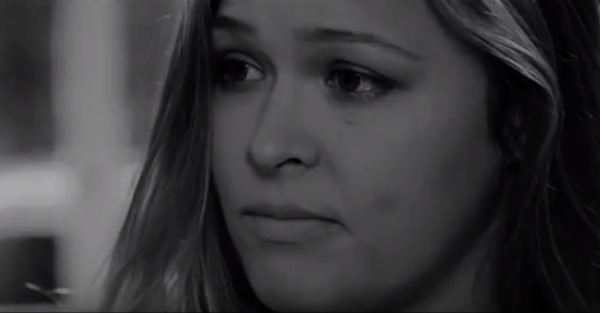 Ronda Rousey was so devastated by her first loss to Holly Holm in November of 2015, she battled depression and even contemplated suicide.

But she says it was the memory of her father, who took his own life after also fighting depression, that carried her through and forced her to confront and ultimately open up about the disease.

“It’s not about damning people. I feel like there’s been an overly negative light on [having suicidal thoughts],” she told TMZ  last February “And it’s something that real people are going through, not, like, a weakness that we should condemn. It’s really heavily affected our family, and anything that I could do to make sure it affects as few people as possible, I’d be happy to do that.”

Rousey has spoken often about how close she was to her father. In her autobiography, My Fight, Your Fight, Rousey wrote: “I’ve tried to remember something from the before part of that day – what my dad was wearing, what he looked like, what he sounded like. I wish I could remember the words he said to me before he walked out our front door. I can’t. I just remember what came after.”

Her pain and heartbreak is also evident in a documentary, Through the Eyes of My Father.

Rousey’s revelation about her suicidal thoughts first surfaced a week before the TMZ report when she went on the Ellen Degeneres Show and spoke at length about how the loss to Holm put her into such a dark place that her self-worth had all but disappeared.

“I was literally sitting there and thinking about killing myself,” She told Ellen. “And that exact second I’m like, “I’m nothing, what do I do anymore, and no one gives a s*** about me anymore without this.”

RELATED: Ronda Rousey’s next fight isn’t in the Octagon

Rousey also recalled her father, who committed suicide in 1995 when she was eight-years-old after suffering from depression due to a back injury that never healed properly. She said watching members of her own family struggle with the disorder, which also includes her grandfather, gave her an appreciation for how serious an issue it really is.

‘There’s a history of suicide in my family. My dad and his father both took their lives, and I think… suicide’s the number one killer of young teens as well,” she said.

Rousey added that she’s working with a mental health clinic in Los Angeles in an effort to help others experiencing suicidal thoughts so they night someday speak freely about the issue.