Check out a rare goalie fight during an AHL game 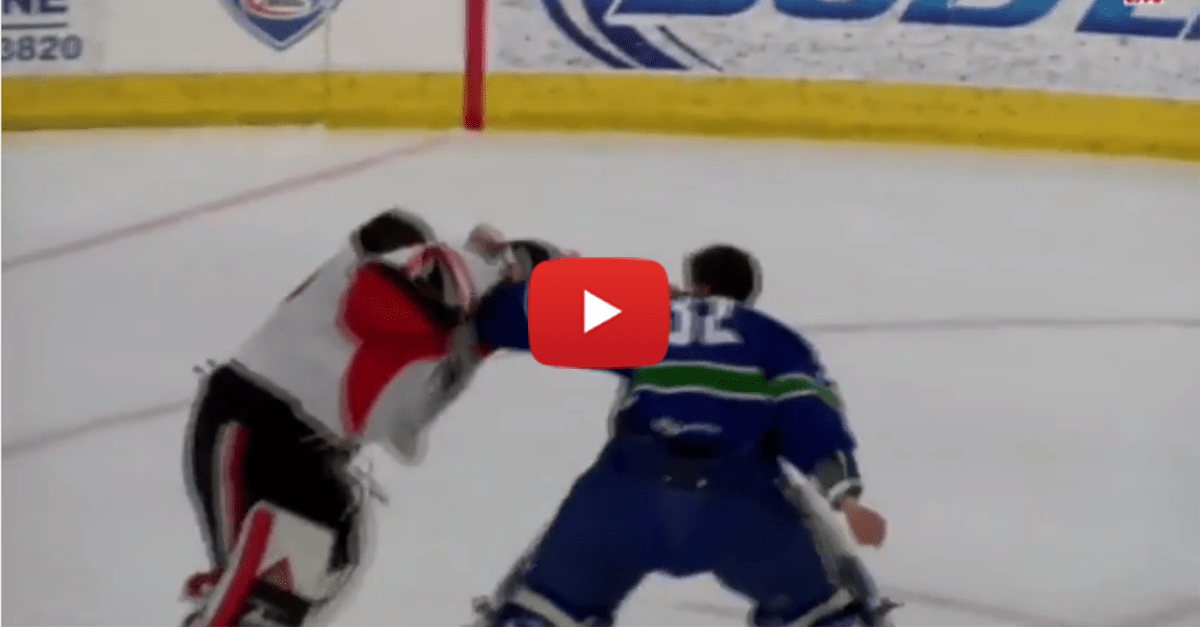 The first night of the NHL playoffs were tremendously exciting, but they didn’t have a goalie fight. Luckily for us, the American Hockey League is here to fill that void.

The Utica Comets and Binghamton Senators got into a brawl in the second period that featured a bunch of fights, and the goalies didn’t want to feel left out of the action. So, Jacob Markstrom and Peter Mannino got together, discarded their helmets, and tried their best to fight in their giant pads.

It’s pretty hilarious watching them try to throw punches in their pads, and even Mannino found it hilarious as he was in the middle of it. They each got off about two punches before getting tied up and having the ref step in.