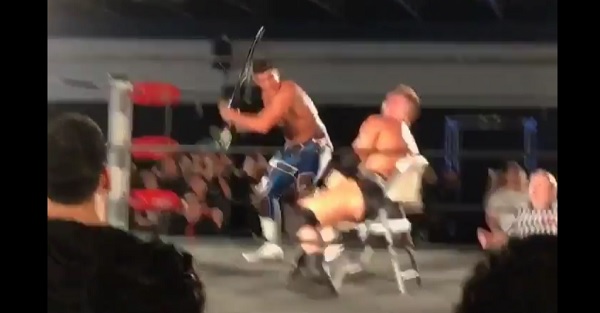 This was just VICIOUS.

Former WWE star Cody Rhodes has been one of the premier names on the independent wrestling scene over the past several months, and social media has been doing a lot to keep up with the former Intercontinental Champion.

“Keeping up with him” has led to this video emerging, where it looks like Rhodes just destroys some poor guy with an unprotected chairshot to the head.

In the pro wrestling world, it’s hard to tell whether some things are actually a slip up or a carefully worked just to look brutal to the fans. Maybe the guy got his arm up to block the chair some, but otherwise, this just looks awful.

Of course, chairshots to the head have been banned in WWE for some time now. It looks like Rhodes is taking advantage of the relaxed rules on the independents, and even he is acknowledging what happened here.