Countdown to Return of Rousey: The fight that made her confident on her feet 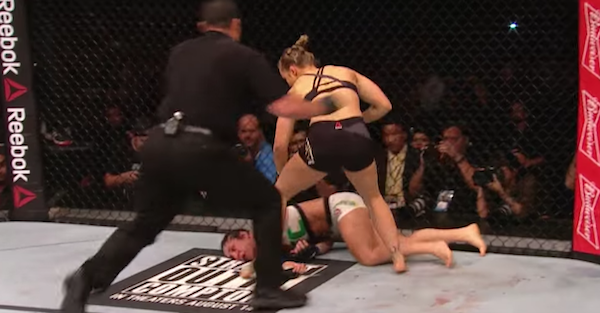 Ronda Rousey ended three of her first five UFC fights by submission, and one by knockout after she took Alexis Davis down in side control and pounded her face in.

Before her bout with Bethe Correia, the former bantamweight champion didn’t primarily stand and throw punches with an aim to knock out her opponent — it was to set up the clinch or a takedown attempt. But with Correia, it was different.

The challenger made it personal, dissing her father (who committed suicide) and trying to get inside Rousey’s head. It was Rousey who decided to do battle standing up, and she knocked Correia clean out.

What was to come next for Rousey would devastate the former champion, sending her on a more than a year hiatus before her epic return Friday night.