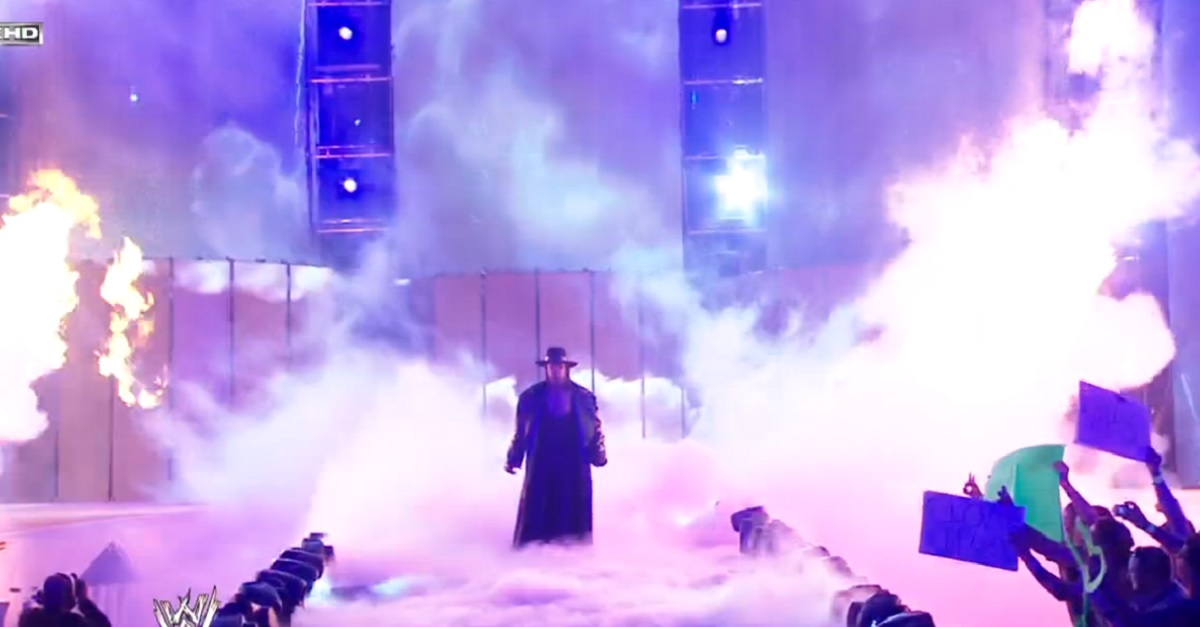 Rumors following the Undertaker’s Wrestlemania 32 match against Shane McMahon were that “The Deadman” was hanging up his boots for good, symbolized by taking off his gloves in the middle of the ring before exiting to the back.

Related: Former WWE champ could return, but it actually could depend on whether or not another star stays

The latest pictures of the Undertaker don’t do much to discredit those early rumors, as he had been seen walking around using crutches.

And another picture shows his crutches clearly in the passenger seat of his truck.

Another photo of The Undertaker. You can see the crutches in his trunk which tells you it's his. I hope he heals up soon. pic.twitter.com/teU8Lz0Axu

It’s a sad case for the 52-year-old wrestler, but as we’ve seen over the years, the business breaks bodies down and you never know when you’ve seen a guy’s last match.

If that was it for the ‘Taker, it’s been a heck of a ride.