Even more impressive than this KO, was the dude’s tooth flying through the air upon impact 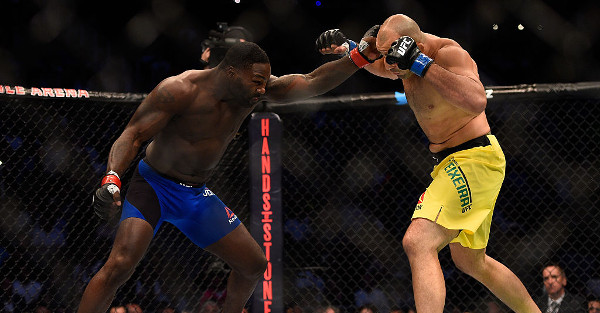 Anthony “Rumble” Johnson is one scary dude. So scary that he could change his name to “The Tooth Fairy” and still cause opponents nights of discomfort as they await a date with him.

RELATED: Cody Garbrandt only needed a minute to score a KO at UFC 202

At UFC 202, he showed just why he should be feared as the tooth fairy, because one uppercut from him sent Glover Teixeira’s tooth flying–almost literally–out of his mouth and on to the mat, several feet behind them.

This isn’t even a case where you have to pay close attention; you can clearly see a tooth rocket from Teixera’s mouth.

According to UFC.com, Johnson is the No. 1 ranked light-heavyweight fighter with a 22-5 record. The dental-shattering blow resulted in a 13-second knockout, the 16th of his career.