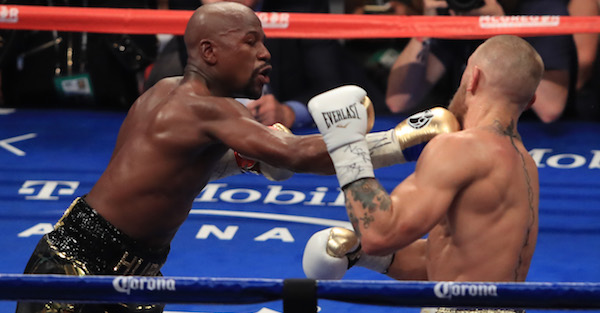 It wasn’t exactly what we thought it would be, but the boxing match between Floyd Mayweather and Conor McGregor didn’t disappoint.

Sure, McGregor showed his natural instincts as a UFC fighter by throwing hammer punches and grappling Mayweather from behind like he was looking for a body slam.

But McGregor held his own. Before he eventually fell victim to both fatigue and Mayweather, McGregor took the first three rounds by working the angles, flipping his stance, and using his length to his advantage.

Of course, Mayweather came out on top with a TKO in the 10th round, but there was a second victory claimed by The Money Team later in the night.

After the fight, Mayweather posed for a picture with Nate Diaz, who beat McGregor in March of 2016 at UFC 196.

Diaz needed only two rounds to take down McGregor then, but both he and Mayweather can claim victories against their mutual opponent.