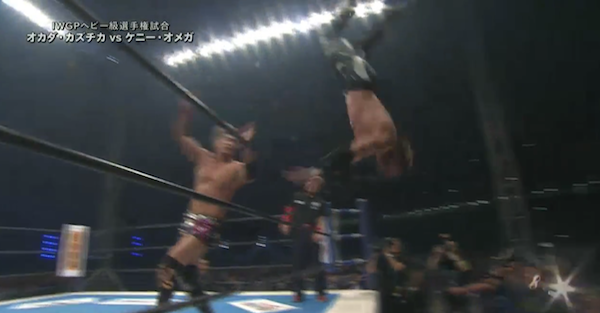 Most in the states may not have been up early enough to catch it, but WrestleKingdom 11 did more than live up to the hype.

In what many are considering the match of the year, Kazuchika Okada and Kenny Omega lit it up in Japan, pulling off insane sequences like this one:

Another where Omega took a mega back body drop over the top rope and through a thick-looking table:

As awesome as this spot was, I hope I never see it again lol pic.twitter.com/2cefB9gJmr

The finish to the match may have been even more bonkers, as Okada finished off Omega to retain the IWGP Heavyweight crown.

After the match, Okada said he thought he was going to die:

Okada said at the backstage "This is the first time for my wrestling career that I thought I was going to die".

Despite the fears of serious injury, no one seemed to be able to hold back the high praise on Okada-Omega:

Okada and Kenny Omega seem to have set the bar extremely high for 2017. #NJPW #njwk11

Last year Okada vs Tana was the best match I'd ever seen live. Kenny vs Okada beat it! #wrestlekingdom11

@FSM_Editor I wanna burn you right now. It was incredible but Okada & Kenny was the great match of all time