Is The Rock ready to lay the Smackdown on Washington? He hasn’t ruled it out 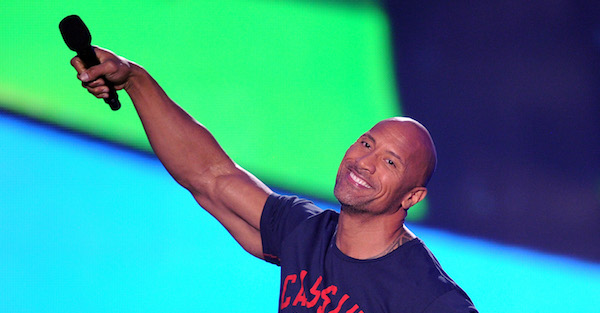 Dwayne “The Rock” Johnson has laid the smackdown in the wrestling ring, on the big screen and it sure sounds like he might just have his sights set on doing the same in the White House.

Here’s what Johnson said, per GQ:

“I’ll be honest, I haven’t ruled politics out. I’m not being coy when I say that, but at the moment I am not sure. I can’t deny that the thought of being governor, the thought of being president, is alluring. And beyond that, it would be an opportunity to make a real impact on people’s lives on a global scale. But there are a lot of other things I want to do first.”

Imagine a political official requesting something the Rock doesn’t want:

Cool piece on why I should run for President. Maybe one day. Surely the White House has a spot for my pick up truck..https://t.co/JpkZ4w1eh3

This isn’t the first time The Rock has hinted at a future in politics, as he told Reuters in 2012:

“One day, and that day will come, I can impact the world through politics,” Johnson said.