Kickboxer knocked his opponent, and his tooth, out with brutal spinning backhand 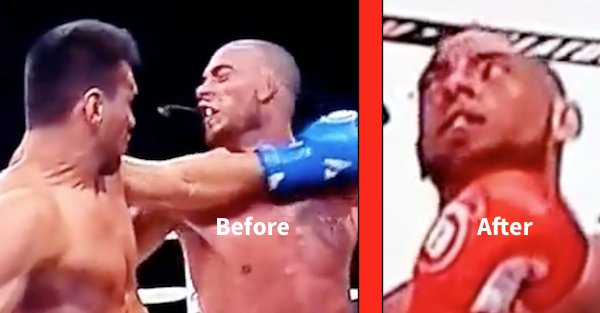 Hisaki Kato wasn’t happy knocking Joe Schilling out the first time, so he did it again for good measure barely one year later

That has to go down as one of the most brutal knockouts we’ve seen in recent memory.